The appeal against Bromley Council’s decision in January 2018 to refuse planning permission to build a new school on St Hugh’s playing fields in Bickley is being heard this week (6 to 9 November 2018). The major revelation from the first day was the Council’s U-turn on a key reason for their refusal. Having maintained that the impact on local traffic as a result of the new school would be “severe” and therefore qualify as a valid planning ground to refuse permission, at the 11th hour the Council team admitted that in fact the traffic impact would “fall short of severe”. One can only guess at the waste of public funds arguing for that point only to concede it at the last minute.

The Planning Inspector deciding the appeal has confirmed that her decision will come down to road and pedestrian safety only; so looking at crossings of Bickley Road and the fact there is a narrow pavement on one side of Chislehurst Road only. We have always been of the view that if improvements need to be made here they are within the gift of the Council (funded under s106 by the ESFA/school) and so should not be a grounds to refuse but instead a condition of approval. If we are right about that, whatever the outcome of the appeal it seems an avoidable waste of public money (costs of such an appeal would easily exceed £1m).

The hearing will however hear from all those who requested to speak and on all issues including the shortfall of school places without the new Boys School and impact on residential amenity. It is notable and disappointing that no Tory Cllrs (who represent the wards closest to the school site and most in need of a local boys school) will speak at the hearing despite repeated requests by the school and parent campaign even those who had been very vocal and supportive of the school in the run up to the May local elections.

The hearing runs from 6th to 9th November inclusive 10am to 5pm at the Civic Centre, Stockwell Close, Bromley and si open to all members of the public.

Safer to school|Safer for All

Beckenham and Bromley Liberal Democrats are running a road safety campaign Safer to School | Safer for All. By making our roads safer for the journey to school we can make them safer for all.

Beckenham and Bromley may have Kent postcodes, but like other parts of the borough traffic problems are inner-London. Many roads are notorious for speeding, rat-running and lack of safe crossings. The school-run is especially problematic on residential roads. Families who walk to school are concerned about the lack of safe crossings on route, but some routes are so dangerous families choose to drive, which of course adds to the congestion. And the Council have proved resistant to the pleas for change from local residents - pedestrians, cyclists and drivers alike.

We have long spoken out about the issues facing our Borough’s schools - chronic under funding by the Conservative Government, a lack of secondary school places, the weakness of Ofsted, and the damage caused by league tables.  The need for a radical overhaul of the school system featured strongly at the Liberal Democrat Conference in Brighton from 15-18 September and received whole hearted backing from the National Education Union.

Kevin Courtney, joint General Secretary, said: “The Liberal Democrats have grasped the main issues that are blighting our education system. A chronic shortage of funding and low pay alongside an inspection and assessment system that is not fit for purpose has led to unmanageable workloads and the recruitment and retention crisis. Teachers are leaving in their droves and many graduates do not consider teaching as an attractive option”. 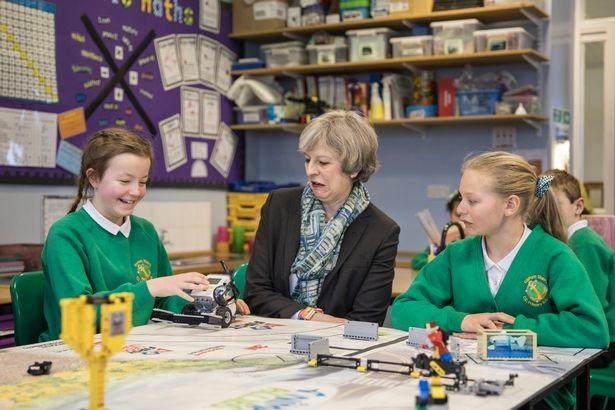 Layla Moran, Liberal Democrats spokesperson for Education, and former teacher herself, told the Conference: ‘The Government is failing our children. Funding pressures mean that we’re dropping subjects from the curriculum – shrinking the scope of learning and limiting horizons for the future at the very point when we need those horizons to be stretched to the limit. School inspections should look at the culture of a school and focus on the wellbeing of teachers and pupils as much as academic results. And where a school is struggling, an inspection system should support that school to improve, not punish it.”

She also reiterated our opposition to league tables – all of us in Bromley saw the damage that league tables cause in the scandal that hit St Olave’s School in 2017 when Year 12 students were illegally refused places in Year 13 based on their likely exam results.  “It beggars belief that we insist on publishing league tables which cultivate a damaging system where schools compete so ferociously that they forget their true purpose: to improve education for all”.

Education is for all and for life, not just the very rich, the very fortunate or the very clever.

To find out more about our Education policies visit:

You can read Layla Moran’s speech in full here: