Since moving to Homesdale Road six years ago, Vincent and Karolina Curry have witnessed many road traffic accidents, some literally on their doorstep.

They moved to Homesdale Road because they loved the location and neighbourhood; the easy commute (or cycle) to Vincent's job in central London, the proximity to shops and schools. They both felt secure that it was a safe place to bring up their 2 boys. 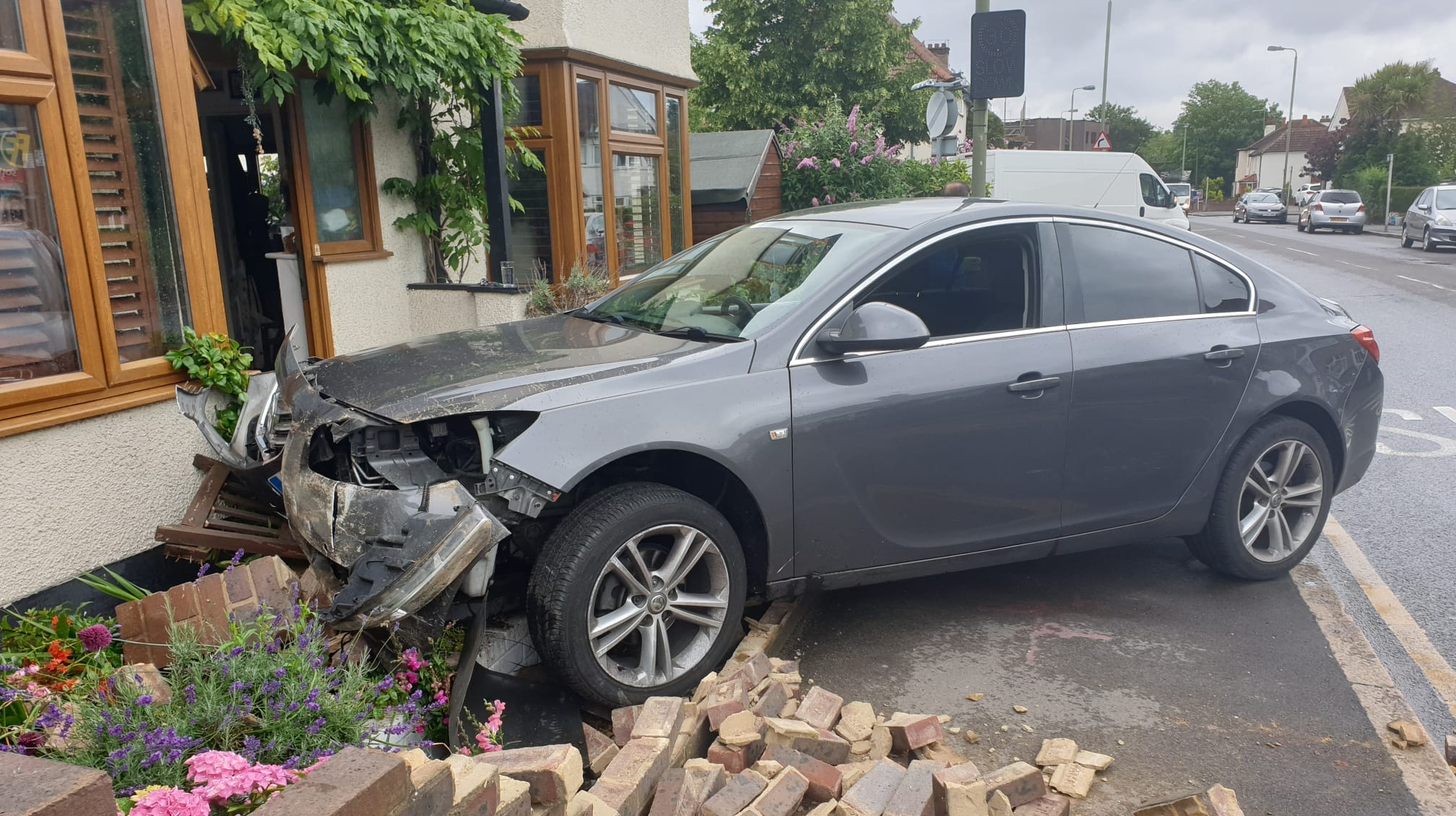 Within a week, an accident involving a moped crashing into their side fence was not particularly concerning. If anything, the fact that a neighbour had obtained the details of the moped rider for them to follow up, reassured the couple that they had moved to a nice neighbourhood. However, a series of increasingly dangerous collisions - a mere stone’s throw from their front door - changed their perception. In fact, one speeding car, whose driver lost control - missed their front door by inches. Alarmingly, it careered  through their brick wall ending up in their front garden. This brought home the seriousness of the issue. They now understood the gravity of the situation and knew that their fears were well founded. The image of the car in their front garden still haunts both Vincent and Karolina - as it  could have been so much worse - as their two small children often helped their Grandmother tend to the front flower beds.

If this wasn't enough, as recently as December 2021 a serious accident occurred directly opposite their house, whereby a powerful SUV ended up on its roof after hitting two parked cars and seriously injuring a pedestrian.

“My home is no longer a place of safety” Vincent lamented. He blames traffic speed for most of the accidents, especially in the evenings and early hours of the morning. “The light up speed warning... activates repeatedly but fails to slow down the traffic.” His biggest fear is that an accident will injure one of his young boys; either in the boundaries of their property, or during the short, albeit, dangerous walk to school - along Homesdale Road and under the narrow railway bridge.

Vincent and Karolina are firm supporters of making Homesdale Road - and adjoining roads - a 20 mph zone - accompanied with enforcement by speed cameras. They have asked for help from their 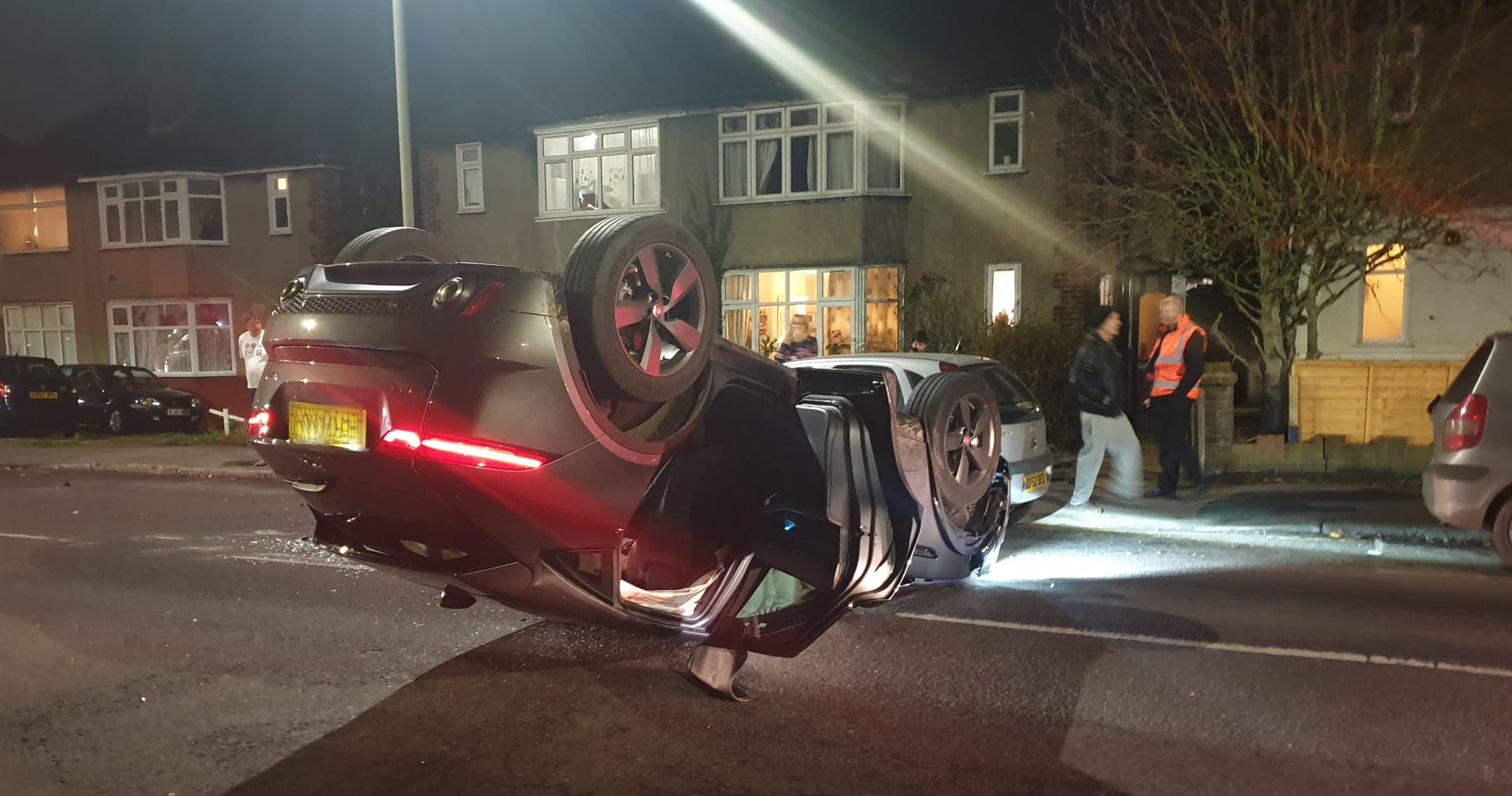 local councillors and the council itself, but describe the response as “insipid”. The only solution they have been offered is to run more speed checks. As so many residents tell us, these speed checks only slow down the traffic while the 'high vis' clad enforcement officers are in situ, but  fail to stop the night-time racers or the impatient drivers  - using Homesdale as a cut through to reach - or avoid - Bromley's traffic congestion areas..

Karolina told us that the local schools are all asking for support to make the nearby roads safer. There are 4 schools within half a mile; Raglan, La Fontaine, St. Georges and Bickley.  For many children, a walk down Homesdale Road is their direct route to school, but several residents have told us, that while the journey is easily walkable, they prefer to drive because it’s just not a safe road for pedestrians.

In addition to making the area a 20 mph zone, Karolina and Vincent would also  like to see a safe crossing point on Homesdale Road to assist dog walkers and families making their way to Havelock Rec.  We are confident that residents across the age range would also appreciate the calming benefits a crossing would offer - if traffic light controlled.

Here is the shocking litany of critical road accidents that the Curry family have witnessed since they moved in:

If you have views about traffic problems in Homesdale Road please complete our survey here.

You can read our article reporting on the 4 December accident here.