The Liberal Democrats have called for an independent public inquiry into government sleaze and allegations of political corruption, warning that Boris Johnson’s Conservatives are “releasing sewage into our rivers and sleaze into our politics.”

Recent events have been just the latest example of Tory political cronyism and corruption, from dodgy Covid contracts, trying to change the rules when they get caught out, their MPs making hundreds of thousands lobbying, to Boris Johnson’s holidays secretly paid for by his wealthy donor friends.

Time and again government ministers have refused to properly investigate allegations of sleaze, failed to declare relevant meetings and donations and tried to rig the system to cover their own backs. We need an independent public inquiry, with the powers and resources to get to the bottom of this Conservative sleaze scandal.

It's a disgrace, and we are not the only ones that think so.  Fed up with the Conservatives, you can have Liberal Democrats representing you here. 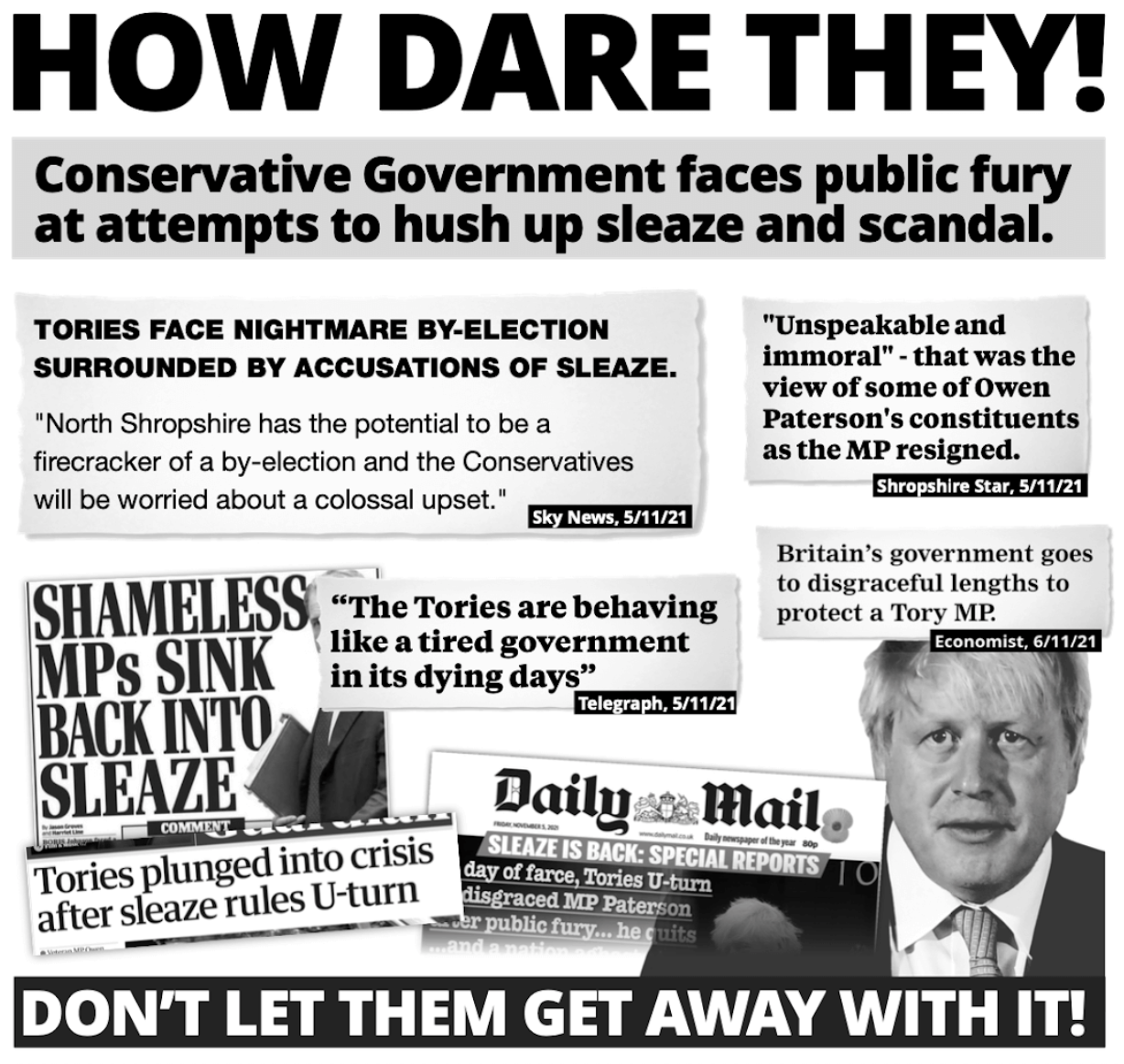