The beginning of the end of Brexit?

"This is the beginning of the end of Brexit. With Parliament in deadlock, it is time to go back to the public."  So said Lib Dem leader, Vince Cable.   After one of the most fraught parliamentary weeks many of us can remember, no one is sure what will happen next, but the prospect of a people's vote is becoming closer than it's ever been.

Now Labour's no confidence vote has been lost, and the prospect of a General Election has all but disappeared, we must now all of us work to persuade Jeremy Corbyn and the Labour Party to follow the recommendations of their own party conference and support a People's Vote.

Bromley Lib Dem Spokesperson Rich Wilsher said "Bromley voted in favour of remaining in the EU in the 2016 referendum, and the results of our public canvassing over the last two weeks shows that the number of people in favour of a people's vote in Bromley is higher than ever.  We urge the representatives of the Labour Party in Bromley to send a clear message to their leaders."

Take our survey and share your views on what you think should happen next. 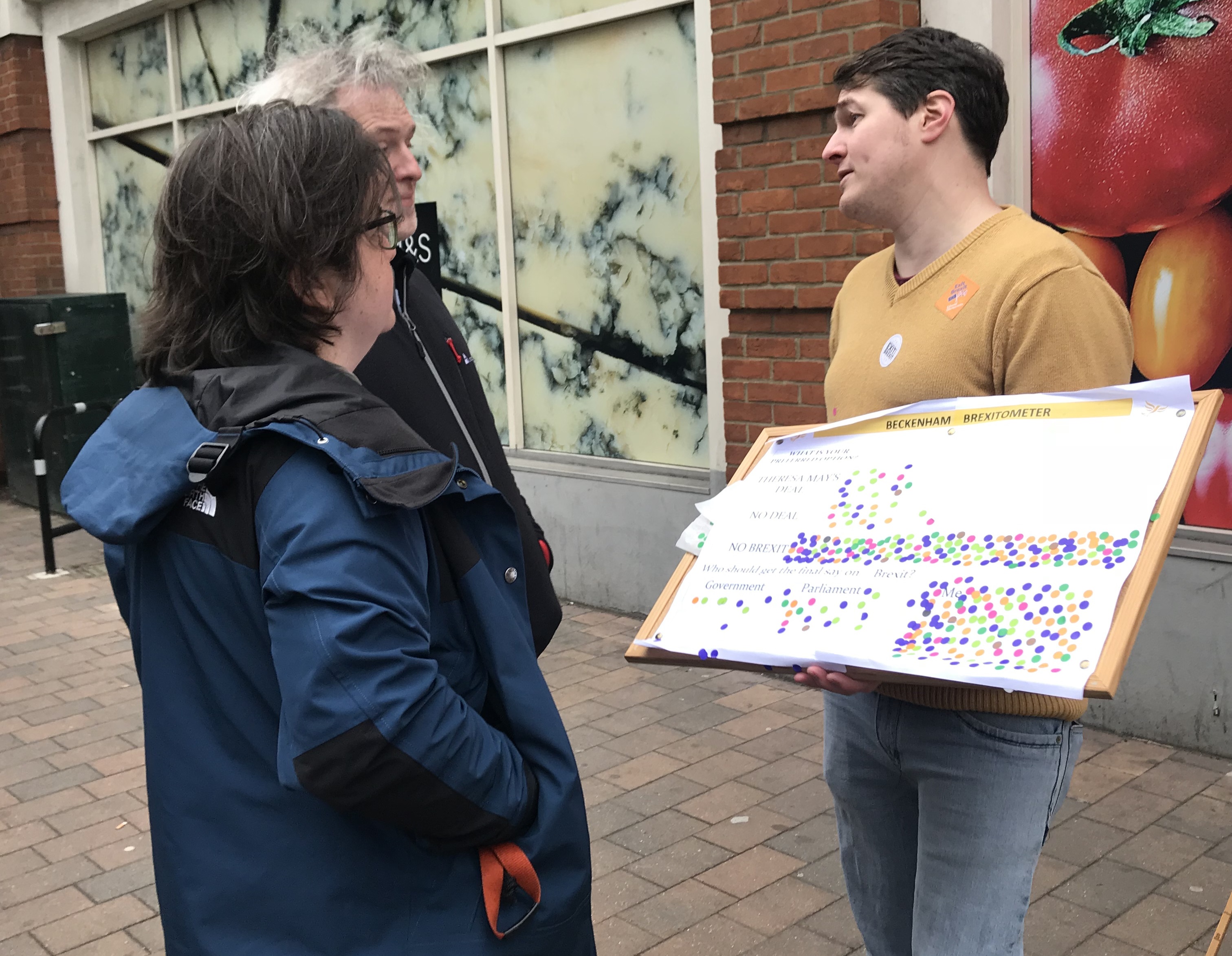 Liberal Democrats have campaigned since the referendum to give people the final say on Brexit. Theresa May has failed to persuade her party, failed to persuade Parliament and failed in her attempts to scaremonger MPs to back her.  The Prime Minister now needs to pull her head out of the sand and start acting responsibly by taking the ludicrous threat of a no-deal Brexit off the table. The only way forward for the country is through a People’s Vote where people have the right to choose to stay in the EU