Support for Bakerloo Extension to Beckenham Junction and Hayes

TfL have published the results of their consultation on the extension to the Bakerloo line - initially to Lewisham but including a possible extension to Beckenham Junction and Hayes. 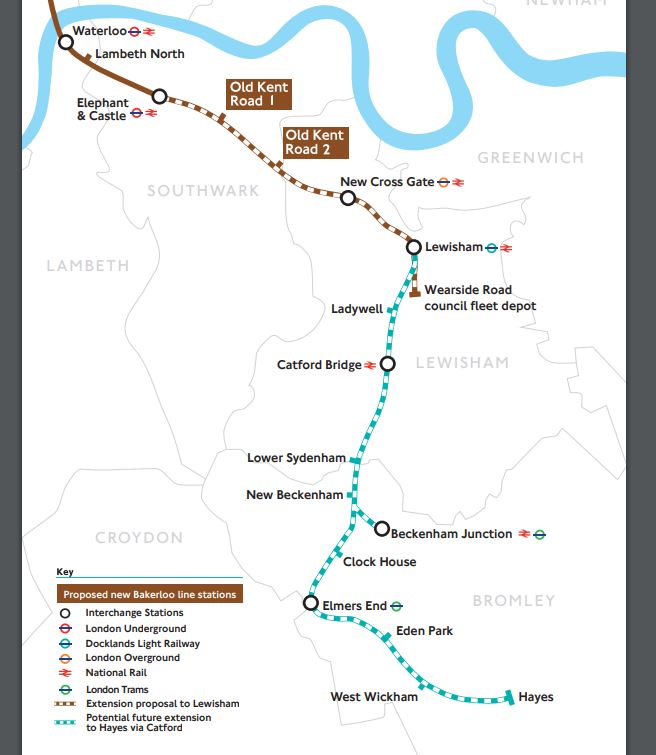 The details of the proposed extension are as follows.  The extension to Lewisham would be via Old Kent Road and New Cross Gate.  A subsequent phase would be an extension beyond Lewisham using the existing line to Hayes and Beckenham Junction.

There have been many opposing views within Beckenham and Hayes, including from Conservative controlled Bromley Council.   There is certainly concern about the impact on services if the current line is withdrawn and replaced with a Bakerloo extension.   But as this consultation shows, there is a lot of support for the plan too, with many local people feeling the improved transport connections would improve journeys and support growth.