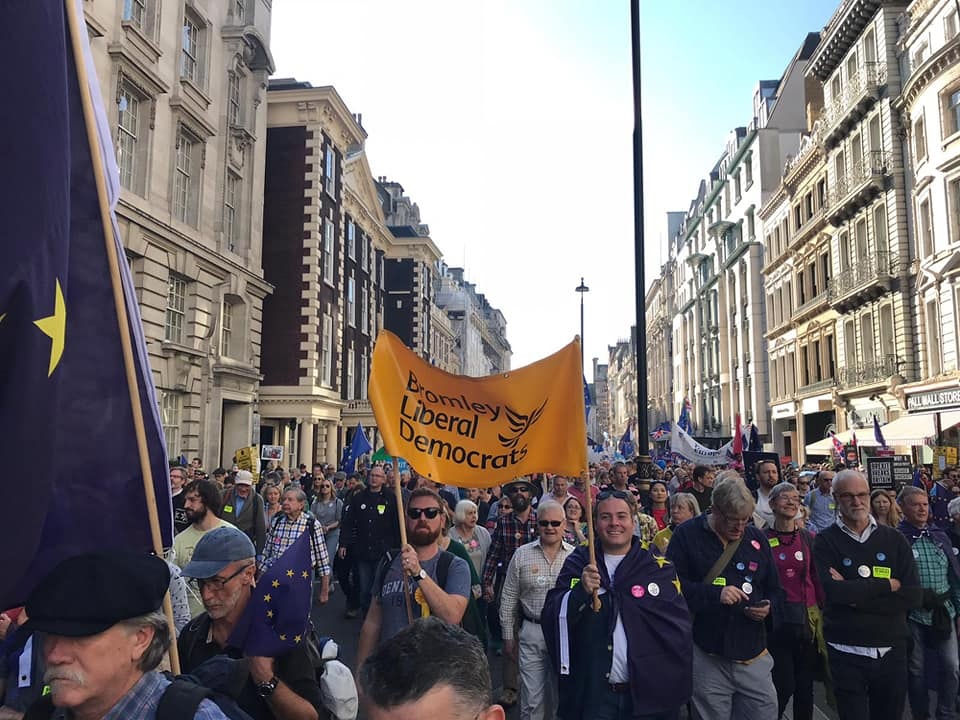 Lib Dems from across the UK will be marching in London to demand that we give the people a final say on Brexit - and an option to remain in the EU.   This could be the biggest march ever seen in central London.   It coincides with Parliament's special sitting to debate Brexit so if you haven't attended one of these marches before then this may be your last chance.   Bring yourself, waterproof clothing, sensible shoes, face paints, banners and placards, food and drink.

The main Lib Dem group is meeting at 11 a.m. by the Duke of Wellington Memorial Statue, Hyde Park Corner - you can travel there independently if you don't want to join the Bromley group.   Those who do want to travel with the Bromley Lib Dems' contingent here are the times of the stopping points of the train we're getting:

We'll be travelling in the 3rd carriage from the front.