The Liberal Democrats are calling for more support for people who provide care for relatives or loved ones.

Over 4,000 people across Bromley act as unpaid carers and rely on the Carer’s Allowance to support them. Lib Dem leader Ed Davey MP - who was an unpaid carer for his mother when he was younger - believes it is time these carers were given a £1000 cash boost to support them.

Ed Davey said: "Many carers are facing extreme financial hardship, often relying on foodbanks to feed themselves and the people they care for."

“The Liberal Democrats are determined to stand up for carers and fight to get them the support they deserve.”

Back the Lib Dem campaign to stand up for carers - sign our online petition here.

The Liberal Democrat proposals centre around increasing Carer’s Allowance from its current rate of £67.25 a week to £87.25, in line with the £20 a week uplift in Universal Credit announced at the start of the pandemic.  The latest government figures show that 3,214 unpaid carers in the Bromley Borough currently receive Carer’s Allowance.  However, the Liberal Democrats are also calling for the 1,042 people who are entitled to Carer’s Allowance but do not receive it due to overlapping benefits – mostly older carers on low incomes – to be given the extra £20 a week as well. 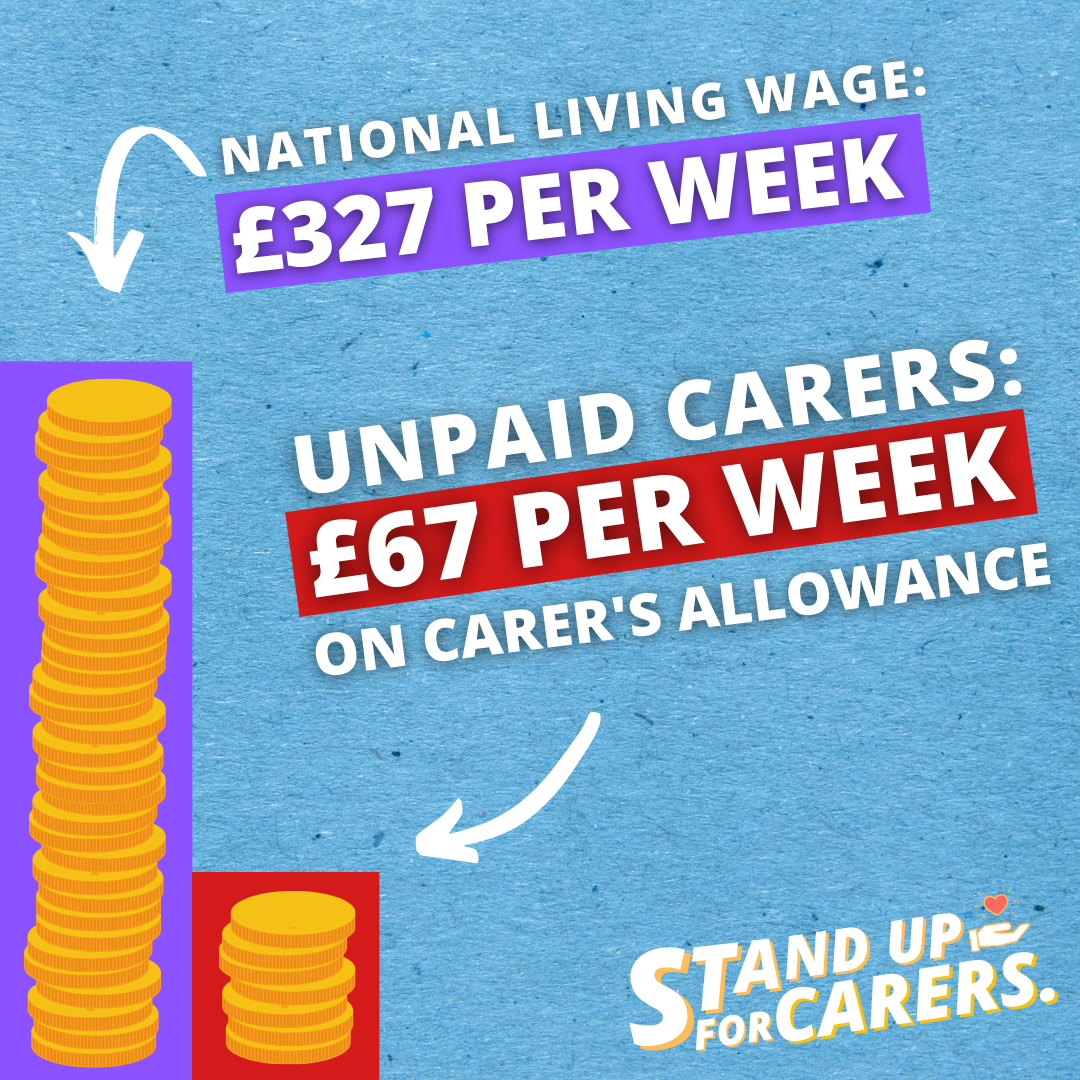