Siobhan Benita, the Lib Dem Mayoral candidate, came to Bromley on Sunday 26h January to launch her campaign to get an express night bus service established for the outer London boroughs.  “Travelling home from central London late at night is an important issue for the boroughs like Bromley – the current night bus service can take 2 hours to get to Bromley.”

Siobhan was also talking to local people in Bromley about what their priorities are for the next London Mayor.  By the end of a very busy afternoon when lots of people stopped to chat and put a sticker on the “Love-O-Meter” these issues came out on top:

“I had some really interesting conversations with people this afternoon,” said Siobhan Benita.   “People clearly care passionately about a range of issues, some very local and some affecting London as a whole.  It was a great opportunity to hear the views from Bromley, so often neglected by City Hall and I am committed to making sure Bromley’s voice is heard. ”

“Sadly too many things aren't working for London under the current Mayor. If Londoners want a Mayor with a positive vision, who can get things done and deliver a safer, kinder, greener London, their best option is me.”

If you missed Siobhan but would like her to hear your views, fill in her survey at backbenita.com/lovelondonbetter 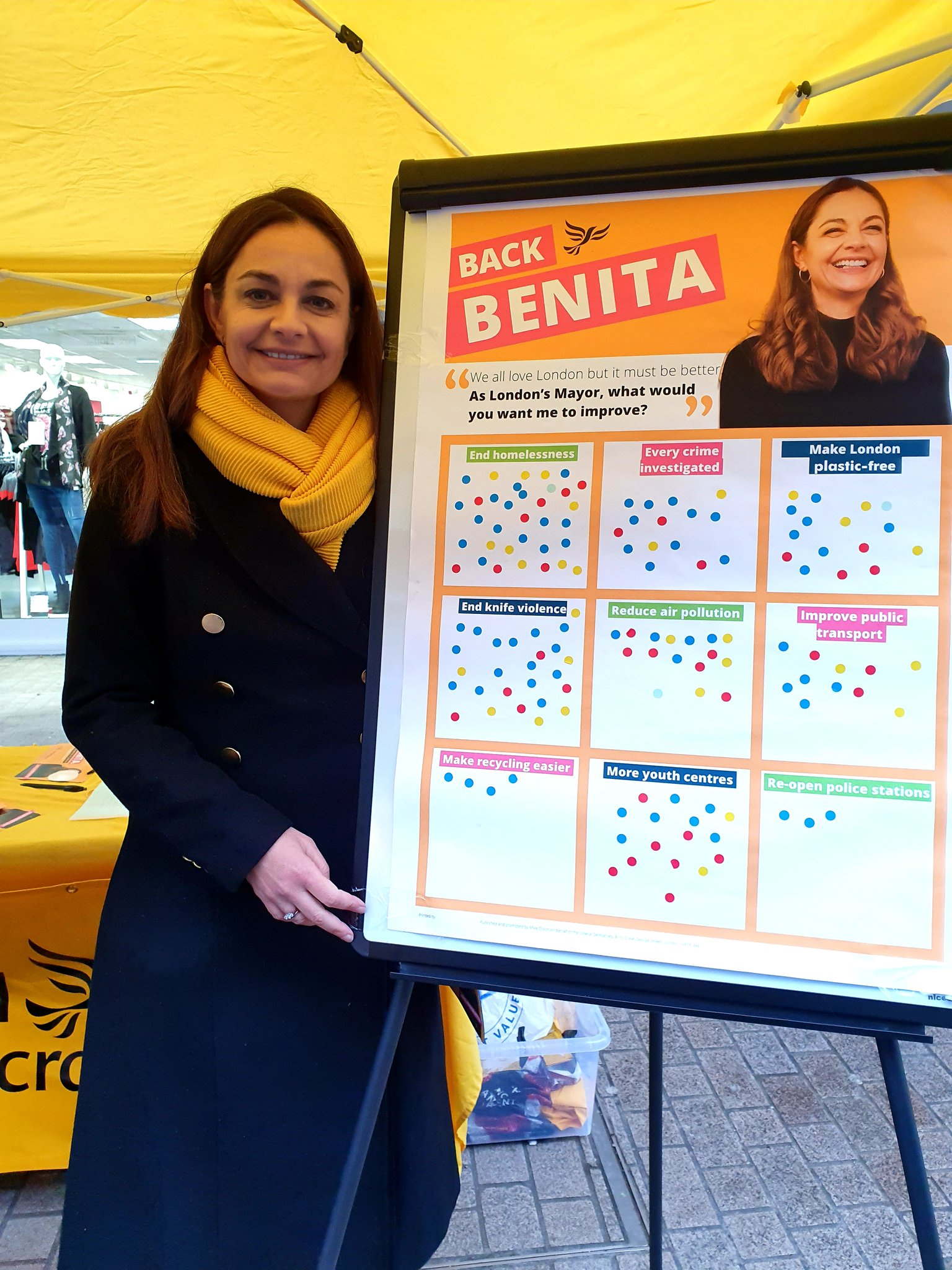