Following the Environment & Public Protection PDS Committee’s decision not to support School Streets with Council resources, or support the roll-out of School Streets across the borough, the Lib Dem and Labour Councillors called-in the decision for a special meeting which happened today (Friday 15th July). A bad tempered and chaotic meeting resulted in the majority Conservative group refusing to reconsider their decision.

The Lib Dem groups condemned the decision as another “backward step for one of the least progressive councils in the country, once again failing to put children and families first.” 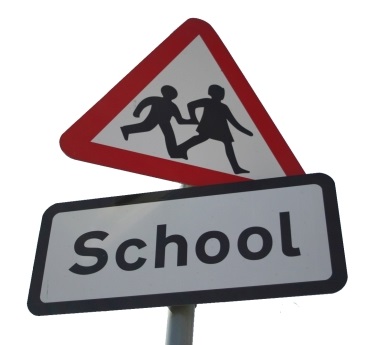 It was a sad decision that came from an intemperate and chaotic meeting. The Conservative group clearly resented being called to the meeting to reconsider their decision and they refused to take part in a debate, instead sitting silently glaring across the chamber at the opposition parties, apart from the portfolio holder for road safety - Cllr Nicholas Bennett - who had to answer oral questions from the public..

This part of the meeting was shambolic and marred by the contemptuous and discourteous treatment of members of the public who had taken time out to attend a 9 a.m. meeting at the Civic Centre. Cllr. Bennett was rude and unhelpful to the questioners, and the Chair failed to address the problems being experienced by the questioners caused by conflicting versions or missing copies of questions and statements.

Lib Dem Group Leader, Councillor Julie Ireland explained why the Liberal Democrat group had challenged the Executive’s decision. “The number one ambition of the Council’s own corporate strategy document is “for children and young people to thrive”. It correctly places children, young people and families at the centre of all policies. And school streets should be a central point of this ambition.” There is clear evidence from the 510 school streets around London that school streets deliver real tangible benefits to our children, to their physical and mental health, and to the air quality at their schools”

Chloe-Jane Ross reminded the meeting that the Conservative Government.has recently appointed an Active Travel Commissioner for England, and announced their investment Strategy of around £4bn of Active Travel investment through to 2025. “It is clear what the direction of travel is for active travel. And school streets are where active travel starts for many of our children and families.”

Councillor Will Connolly shared feedback from schools affected including Hayes, Poverest Primary, St. Christopher’s and St. Mary’s, in support of School Streets to help address and promote active travel, cleaner air and safer streets for our young people. Cllr Connolly referenced the Council’s own ‘Corporate Strategy’ which states that the Council will “encourage more sustainable forms of travel, including…cycling and walking”, and “protect and improve the environment through effective and responsible enforcement”.

Councillor Sam Webber spoke about the impact on air quality and the fact that all of the schools in the borough are in areas which exceed the annual World Health Organization (WHO) guidelines for fine particle pollution (PM2.5) based on the Government’s own Defra modelling of Ambient air quality. Cllr Webber also highlighted that the Healthy Streets index currently ranks Bromley at 27th out of 33 London boroughs.

He added that the Portfolio Holder (Cllr Nicholas Bennett) was clear that his decision was taken “due primarily to resource implications” as well as the “negative impact felt by some parents and on some nearby residents”. The data provided to the Committee showed statistics for Hayes Primary School, Clare House Primary School and Poverest Primary School. All three saw a significant reduction in the number of car journeys to or from school. The Liberal Democrat Council group believes that this positive impact on Bromley’s air quality was not sufficiently taken into account when this decision was made by the Portfolio Holder.