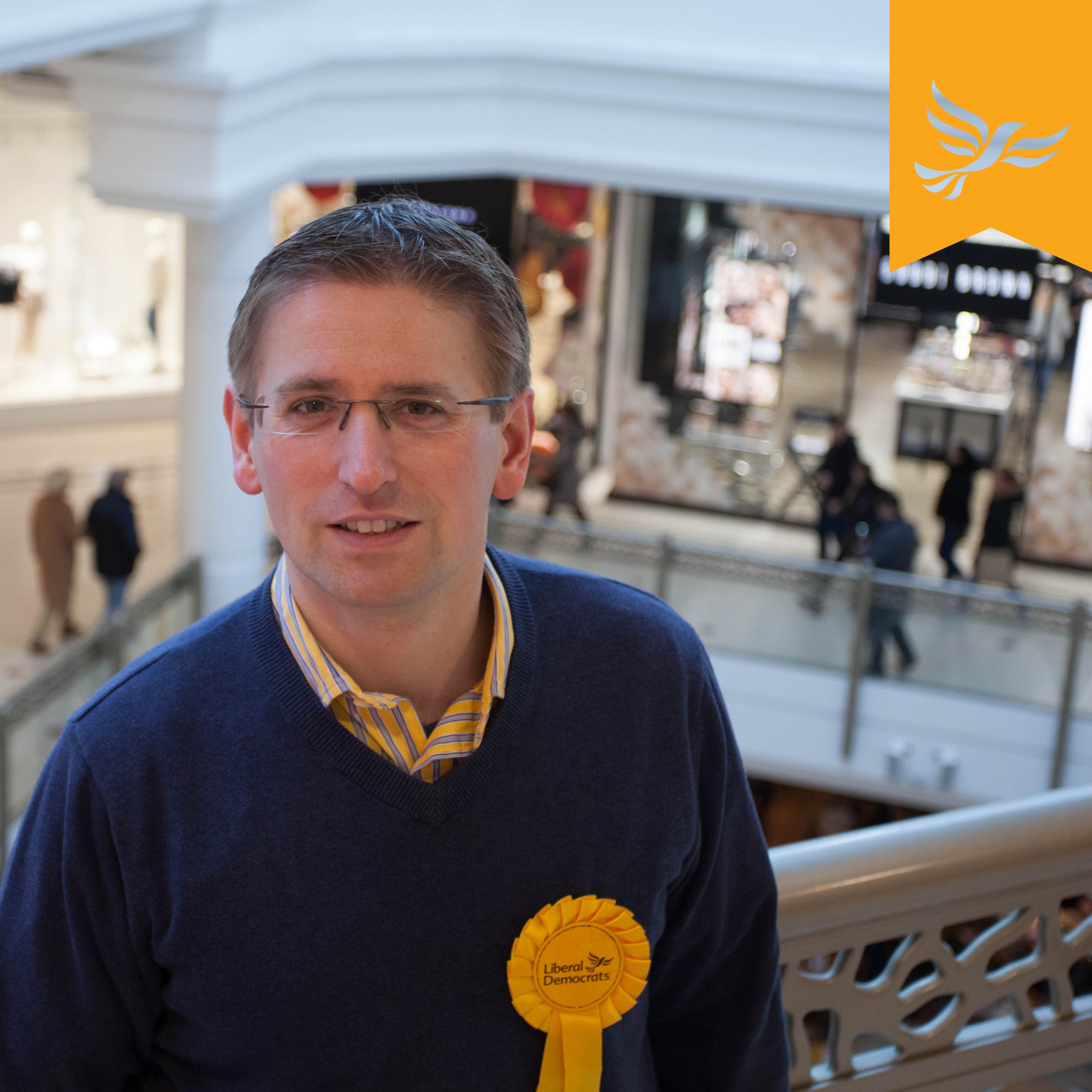 Sam has lived in the London Borough of Bromley his whole life. He is married to Vicki and they have 2 young daughters, aged 4 and 2. During his career Sam has worked in travel, advertising and political communications and is currently an Account Manager for a technology company based in London.

Sam first got involved in politics during the 2001 General Election campaign when he met Simon Hughes and canvassed for him in Bermondsey. He was later an intern in Simon’s constituency office for a year before studying Politics at the University of East Anglia in Norwich.

As a frequent commuter to London by train, Sam knows how important it is to continue to fight for improved rail services and local station upgrades in Bromley. During the height of the Covid-19 pandemic Sam coordinated donations from neighbours for a local foodbank and conducted local litter picks.

Sam has called for an overhaul of the Waldo Road Recycling Centre given strong concerns of local residents, with increased traffic seen at the site in recent months and resultant poor air quality reported in the area. Sam has spoken to hundreds of residents across Bromley in recent months to listen and understand their concerns. As a passionate community campaigner Sam is committed to speaking up on behalf of residents who are critical of the height of new developments proposed for Bromley town centre. He is deeply committed to preserving the character of Bromley Town and is a member of the Bromley Civic Society.

Sam is standing for election in Bromley Town ward for the Liberal Democrats.