Reasons for hope in the Trump

My earliest political memory was the election of Barack Obama in 2008, when I was just 8 years old. We were shown a video of one of his speeches, and while most of it went a little over my head, I remember being in total awe of the way he talked about change and how one person could make a difference. It is probably because of Obama that I became a liberal to begin with. It was bought to my attention again when I was 12 and he was gunning for re-election, and again I was blown away by the dignity and sincerity with which he articulated the liberal message. 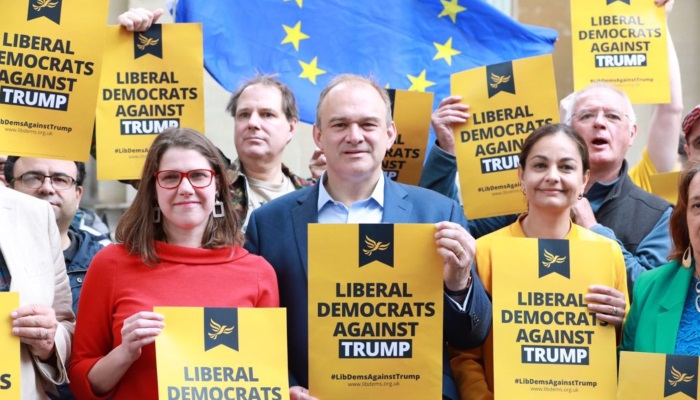 The following years seemed a string of disappointments, with the forces of populism and hatred winning time and time again. This all culminated with the liberal annus horribilis, 2016, which saw the fever dreams of both Nigel Farage and Donald Trump realised, the antithesis of everything the Obama era promised. Worse than their victory was their triumphalism. The incessant gloating and posturing, as well as their contempt for young people whose future they will gladly throw away to return to a past that never existed.

But there is still hope. For now, Nigel Farage and Donald Trump bump shoulders with the royals and claim to run the free world, but it cannot last. The last year has seen the Extinction Rebellion, the climate strikes in schools and figures like Greta Thunberg and David Hogg defining the debate on a range of issues. There exists a stunning generational consensus on issues such as climate change, LGBT+ rights and protecting democracy among Millennials and Generation Z, as well as an emerging shift among slightly older voters. There are fewer and fewer voters that resonate with archaic populist rhetoric, and fewer and fewer voters that tolerate their hatred. The populist alienation of the youth has only served to create a generation that despises their politics and is more than willing to demonstrate that anger in the form of protest, as seen over the course of the Trump visit.

Donald Trump, Nigel Farage and the rest of the axis of incompetence that is the populist far right have proven, in their blundering and hypocrisy, that 2016 was a high point rather than the foundation for further success. Populism is skin deep. It offers no solutions, only anger and bitterness that is tailor made for certain sections of society. Liberalism will prevail because it promises to build and encourage, uplift and empower everyone, regardless of background. Since 2016, we have taken this message of hope, the essential spirit of 2008, to the doorstep and to the streets. Even through the sad nights and disappointing results, which I have no doubt there will be more of, we must take to heart the words of liberal philosopher J.S. Mill: “Bad men need nothing more to compass their ends, than that good men should look on and do nothing.”

Cameron Ward is a member of young Liberal Democrats.