Leavers and Remainers at Put it to the People Event

Local Lib Dem campaigner Andrew Coleman was at the People's Vote rally today (9th April) and had this to say about the event:

"The high point of today’s ‘Put it to the People’ event in Westminster today was the speech by Huw Merriman (Conservative MP for Bexhill and Battle) who, as a Brexiteer, has made a brave decision today to demand a confirmatory referendum in spite of being threatened to be sacked from his Treasury job as PPS to Philip Hammond."

"Merriman voted for May’s deal on three occasions and says he will still campaign in any new vote in favour of Brexit. Nonetheless he implored his 200 colleagues in the Conservative party who supported May’s deal to do the same and ask for a People’s Vote. The event was a Who’s Who of opposition to Brexit, with  speeches from Vince Cable, Anna Soubry, Dominic Grieve,  David Lammy and Caroline Lucas. The message is that a People’s Vote has never been nearer...let’s keep the pressure growing." 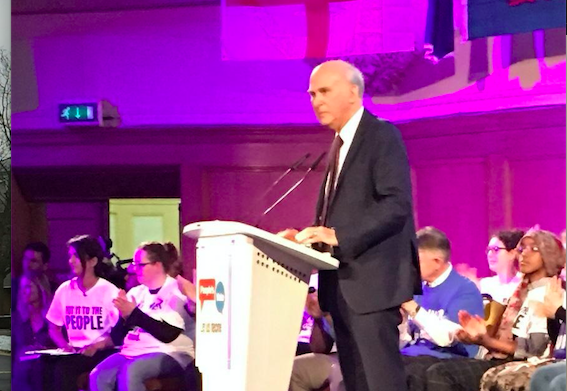 The Lib Dems are open, internationalist and pro-European, and are the only national party who have consistently demanded a People's Vote since the 2016 referendum.

We're building a big, open, liberal movement to be the voice for the millions of voters who feel powerless and frustrated with the direction our country is taking.  Join our Supporters Scheme here  if you want to be part of it.