Over 100,000 people marched through central London on Saturday 23rd June to demand a vote on the final Brexit deal.  Thousands of Liberal democrats joined the march including many Bromley Lib Dem members. 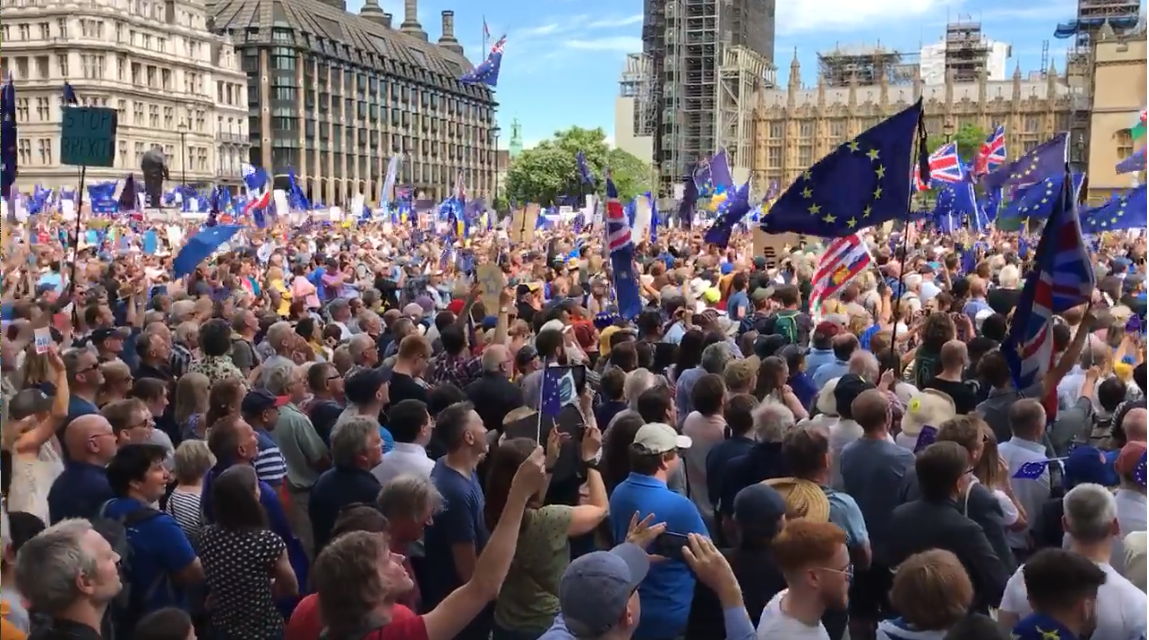 Lib Dem Leader Sir Vince Cable and the Green Party's Caroline Lucas spoke at the event, which took place on the second anniversary of the EU referendum.  Senior Labour figures were noticeable by their absence, with no sign of Jeremy Corbyn, although several back bench Labour and Conservative MPs were on the march.

23rd June was the second anniversary of the European referendum, and comes after a week of dire warnings from business leaders about the cost of leaving the EU with no deal and internal revolt in the Conservative party as several crucial votes on the EU Withdrawal Bill went through the House of Commons with whispered deals being done at the last minute with Tory rebels.   Crisis - what crisis?

The scale of the march was breathtaking.   The Lib Dems reaffirm our commitment to EU membership and call for a public vote on a deal with the EU that will change our country's future forever.   The people - not the politicians - should have the final say.