Over 47,790 “squeezed middle” families in Bromley won’t receive any help with soaring energy bills, analysis by the Liberal Democrats has revealed.

The figures are based on analysis of council tax data carried out by the Liberal Democrats, who warned that the Conservatives are abandoning the “squeezed middle” and leaving families out in the cold.

The Lib Dems have set out  “cost of living rescue plan” that would save families in Bromley nearly £1,000 each this year. This would include doubling and expanding the Warm Home Discount, scrapping the national insurance hike and ensuring cheaper broadband deals.

This is a betrayal of the squeezed middle, who face a triple whammy of rising mortgage costs, soaring energy costs and unfair tax hikes. This could be final straw for households who are drowning in endless increases to their monthly bills.

Beckenham Lib Dem campaigner Chloe-Jane Ross said "The Conservatives are weak on the cost of living crisis because they are not really willing to put working families and those in need ahead of their big business donors. The Lib Dems have a rescue plan that would save struggling families up to £1,000 this year.” 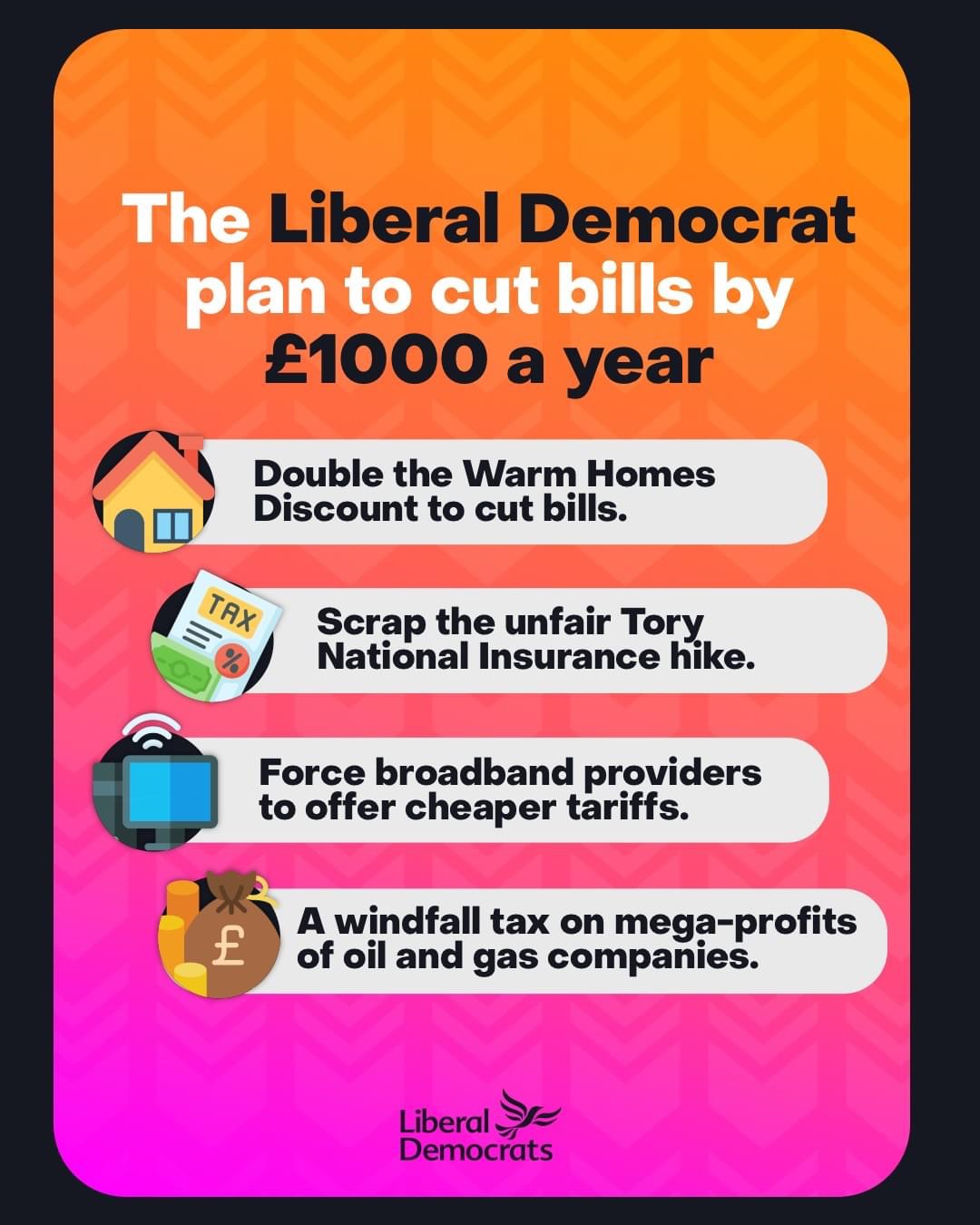