On Monday 15th July, Julie Ireland, Rick Das and myself went along to Bromley Council’s general meeting of councillors to ask important questions, hold the council to account and represent the values of the Liberal Democrats.

There were several interesting debates and announcements at the meeting as usual, but perhaps the two most memorable moments involved an incident with a Pride flag and a motion to reduce the Council’s carbon footprint.

Regarding the first, Councillor Simon Jeal asked the Leader of the Council, Cllr. Colin Smith, why it was the case that many councils across the UK recently flew Pride flags atop their town halls or civic centres to mark Pride month and visibly show their support for LGBT+ residents, yet in Bromley no such solidarity or support was offered. In response, Cllr. Smith insisted that the Council would stick to flying the Union Flag on the basis that he’d rather show a flag that united us rather than divided us. In 2019, this came as quite a remarkable admission by not only an elected politician, but the Leader of Bromley Council no less. After some chortling and heckling from the public gallery, Cllrs. Marina Ahmed and Simon Jeal unveiled a Pride flag and hung it across the Labour bench to the applause of many in the public gallery. 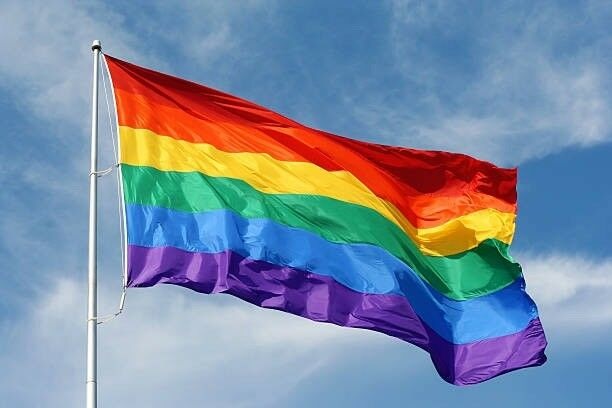 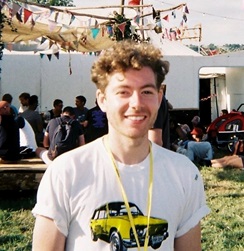 On Monday 8th April, I went down to Bromley Council again to follow the action and listen to some of the pressing issues that have developed since the last council meeting. Unlike meetings in the past, this week's proceedings started differently. Before any business was attended to, the Mayor, Councillor Kim Botting, requested that the council chamber take a minutes' silence to remember the lives of the 50 Muslims who were tragically murdered in the horrific Christchurch terrorist attack in March.

First on the order paper was a petition brought to the Council by Ruth Fabricant on behalf of the Bromley Green Party, which sought to introduce 20mph speed limits outside of schools and other places of need. In accordance with the Council's Petition Scheme, Ms. Fabricant had five minutes to address the chamber and outline her petition. In her speech, she outlined how residents across Bromley Borough were in favour of introducing such measures, with the head teacher from Worsley Bridge Primary School and parents from Balgowan, Harris Academies Kent House and Shortlands all voicing their concerns. In areas where a 20mph zone outside was already in operation, such as Perry Hall Primary School in Orpington, parents and teachers reportedly spoke highly of the safety measures. In her concluding remarks, Ms. Fabricant drew attention to the issue of Lollipop Ladies/Men no longer being fully funded by the Council, instead receiving a small grant which needed to be supplemented by parents and others. This raises questions about the safety of children who attend schools in less affluent parts of the borough, where such additional funding is less likely to come. Does the council not have a duty to reinstate full funding for Lollipop Ladies/Men with money raised from council tax-paying residents to ensure that all children's lives across Bromley are cared for, no matter their social mobility?

Petition Debate: After listening to the petition, the council began debating the issue. Councillor Huntington-Thresher started things off by thanking Ms. Fabricant for the petition but quickly explained how such speed zones are not a priority; rather, reducing road accidents across the borough overall was the council's first aim. In addition to his comments, Councillor Huntington-Thresher suggested firstly that councillors in areas most affected by speeding cars could work with schools to educate pupils on road safety, and secondly that implementing 20mph speed zones would make little difference, given that drivers do not currently abide by the 30mph limit.

In response to Councillor Huntington-Thresher's remarks, the Labour bench replied with a more pragmatic approach. Councillor Dunn praised the introduction of 20mph limits in Bristol, where a recent study showed that there has been a drop in road casualties in the city and also around schools. Meanwhile, Councillor Allan attacked the Conservative council for, what she described as, "needing accidents" to happen before safety measures are implemented. Councillor Simon Jeal further suggested that such speed limit zones should also be extended to nurseries, particularly around the Kings Hall road area of Penge and Cator ward. Perhaps most heart-wrenching was Councillor Ahmad's account of her time talking to pupils at Worsley Bridge road in Beckenham, where a ten year-old pupil said to the councillor that she "felt as though I'm going to die crossing the road". Although the Labour members are outnumbered 9/50 on the council, and despite their promotion of 20mph speed limits outside of schools, none raised their hands to at least show discontent towards the council's approach despite and the motion to take no further action on the petition carried.

On Monday 25th February, Rich Wilsher and I went along to Bromley Council’s General Council meeting to listen to some of the current and pressing issues that we, as Bromley Liberal Democrats, are following and campaigning for across the borough.

First on the agenda are the oral questions from the public.  Surprisingly, there was only one question this week and it came from me. I asked why the Council had undertaken no contingency planning in the face of Brexit, despite being the first council in London to debate and agree to Brexit. In response, Cllr. William Huntington-Thresher revealed that the council had undertaken “no independent analysis of the possible effects or otherwise of Brexit”.[1]

This rather reckless response rustled a few feathers amongst the council and prompted Labour Cllr., Ian Dunn to cite a recent Ernest and Young report that Brexit has the potential adversely affect social care provisions and workforces. The Leader of the Council seemed to dismiss this question by asserting that the Conservative Council knew more about social services in Bromley that the authors of the audited report.