Last year over 1400 signed our petition for a crossing on Copers Cope Road by New Beckenham Station on route to Worsley Bridge School -  the Council installed an inadequate small refuge island and nothing has been done to deal with the prolific speeding along this road. We continue to campaign for a proper pedestrain crossing here and for speeding to be dealt with.

Council tax for Bromley residents will increase by 4.21% for 2018/2019.  The Conservative Council blame cuts imposed by the Conservative government for the increase.

Bromley Liberal Democrats issued a statement regretting the increase in council tax.  "We all appreciate how much financial pressure all councils are under at the moment with the cuts from the Conservative government, and we would not criticise Bromley Council for increasing council tax if we thought it would result in better services for Bromley residents - but we do not believe that it will."

"This Conservative council have failed Bromley residents repeatedly over the last 4 years, with minimal opposition from the 7 Labour councillors who should be holding the Conservatives to account for their behaviour.  Over their term in office the Conservatives have failed to plan for our futures, either our children's futures with school provision, or for the future of our town centres; they have failed to listen to the community when they call for safer roads and cleaner streets; they have failed to invest their financial reserves in local projects and infrastructure and failed to be open and accountable to the people who voted for them four years ago."

"Under the current administration, increasing council tax will deliver no benefit to the people of Bromley". 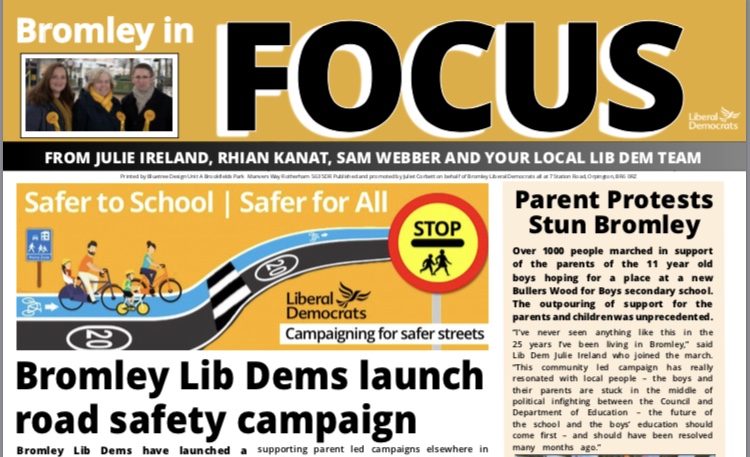