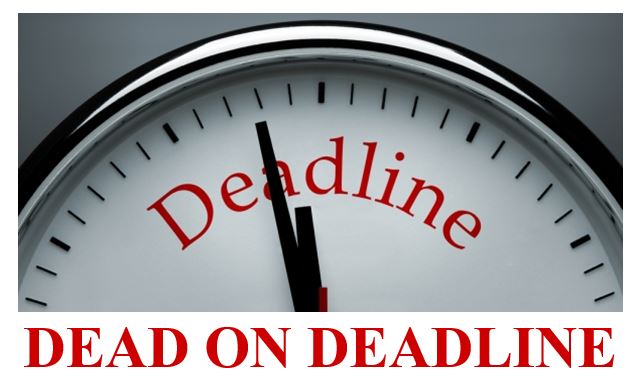 Join us for a virtual murder mystery, can you work out whodunit...  Angela Hartsmore is (or was) the gossip columnist of the Morning Mail, famed for her exposés of super star infidelities and big business indiscretions.  There has hardly been a scandal in the last 30 years that she hasn’t been at the heart of and now she is about to retire.  At least she had planned to retire but, on the eve of her final column, she was found dead.

Why did someone want her dead?

What was she about to reveal?

Who was she about to expose?

Chief Inspector Charles Corner has taken charge of the investigation and is determined to find out who ensured Angela missed her final deadline.  The suspects have been summoned and you are urgently asked to help the Inspector with his investigation.  DEAD ON DEADLINE promises to be our murkiest murder mystery yet and the first to be held online.

All participants will receive a pack of evidence in advance of the investigation and, via the wonders of Zoom, you will hear witness statements, receive further evidence and have opportunities to question the Inspector and interrogate the suspects.  You can play as a team or be allocated to a "virtual team" on the evening.  The winning team will be the one that not only correctly identifies the murderer, but also detects all of the vital clues.

We are making this a fundraising event and hope that players will not object to a donation of £5 each.  Current government restrictions mean that no more than six players can be present at the same physical address.

Book your ticket below. Contact [email protected] with any queries.