The Lib Dem councillors on Bromley Council have 'called in' the decision on Bromley's School Streets. This means the decision will be returned to the Environment Committee for review. This followed a decision by the Portfolio Holder to effectively end the roll-out of School Streets across the Borough and put into doubt how long the existing School Streets could continue. School streets are one of the few initiatives taken by Bromley Council to improve the air quality around schools. We hope Councillors will reconsider the decision on School Streets especially since just this week the Government announced a National Active Travel Commissioner whose focus includes creating a safe environment for active travel for children. 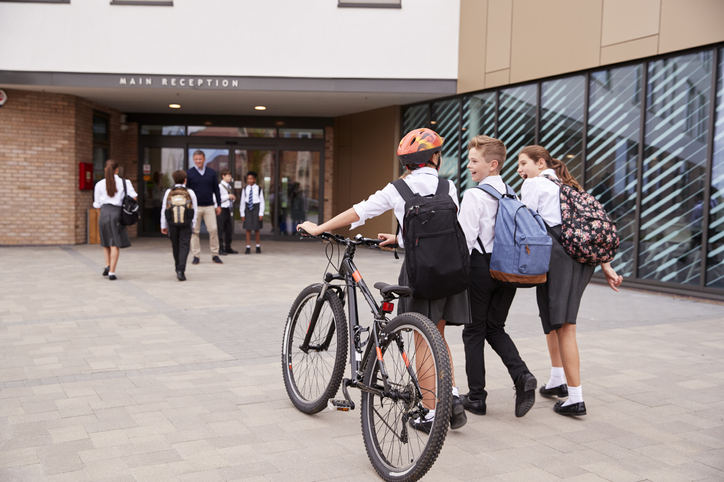 "Bromley Council has various published 'transformation' plans which include commitments to our children's safety, health and wellbeing," said Lib Dem Councillor Chloe-Jane Ross. "Yet they reject a strategy in use throughout London that has been shown to:

School Streets are temporary road closures around schools at drop off and pick up times. They don't work for every school of course - it depends on the local geography - but they are growing in number. There are currently 511 School Streets across London. In contrast Bromley set up 6 schemes in 2020, but only 2 are still running. You can read a report about how successful School Streets have been here.

The main problems with keeping the school streets scheme running has been that it is too difficult for most schools to find their own resources to enforce the school street restrictions. This experience is mirrored around London - so most other local authorities now use ANPR (automatic number plate recognition) cameras to enforce the school street restrictions. They use the penalty funds from the cameras to fund the cost of enforcement. Neighbouring Lib Dem run Sutton Council have 10 School Streets - all self-funded. Lewisham, Hackney and Southwark do the same.

On 21 June the Conservative councillors voted in favour of a resolution that  "School Streets are not actively rolled out" and that the council should support schools who currently operate a school street if they use their own marshalls. Any schools wishing to implement a new school street would have to commit to marshalling the area from their own resources.

This effectively removes the prospect of new school streets in Bromley and puts the future of the remaining schemes in jeopardy.

"This is a bad decision based on poor evidence," said Cllr Julie Ireland. "Evidence shows that the School Street schemes produced real improvements in air quality - nitrogen dioxide reduced by up to 23% in studies across London - and this is one of the few initiatives taken by Bromley Council to improve the air quality around schools. To abandon these schemes based just on questionable financial grounds is shameful. We need to be actively supporting the schools that currently have school street schemes, listening to them about what they need to resolve any problems with the scheme and actively looking for new sites for more school streets. "