Pride Month is a time of LGBTQ+ celebration, activism and commemoration.

Pride Month is an opportunity to take stock of the march towards LGBTQ+ equality in the UK, while acknowledging and continuing to fight for progress.

Pride Month is held every June in remembrance of the Stonewall Riots when LGBTQ+ people in New York fought back against police brutality in 1969. Trailblazing activists helped capitalise on the momentum after the riots, including Marsha P Johnson, Sylvia Rivera, and Miss Major Griffin-Gracy.

The UK too witnessed increased LGBTQ+ activism from the 1960s onwards, helping propel important legislation like the decriminalisation of homosexual acts in 1967. But more changes were necessary and continue to be necessary to introduce complete equality.

The Liberal Democrats are unequivocal in our commitment to LGBT+ rights. A Liberal Democrat minister, Lynne Featherstone, legalised same-sex marriage in 2012, and Ed Davey proposed the legislation to repeal Section 28 in 2003.

Despite these achievements, we still have much to fight for to ensure true equality for all. From the High Court ruling restricting access to puberty blockers to trans youth to the shocking fact that Conversion Therapy is still not fully outlawed in the UK, there are lots of battles still to be fought. Rising levels of transphobia, increased hate crimes and financial uncertainty are challenges many in the LGBTQ+ community continue to face.

In many countries across the world, LGBT+ rights are also under threat, and we fight for the rights of our LGBT+ friends wherever they are. Through the Protect Our Twins campaign, we are putting diplomatic pressure on the Polish towns that Lib Dem councils are twinned with, to reverse their anti-LGBTQ+ policies.

But there is so much more work to do.

The Liberal Democrats are committed to defending the rights of all and we will continue to fight for equality, alongside our gay, trans and queer family.

Wishing you all a happy and meaningful Pride! 🏳‍🌈 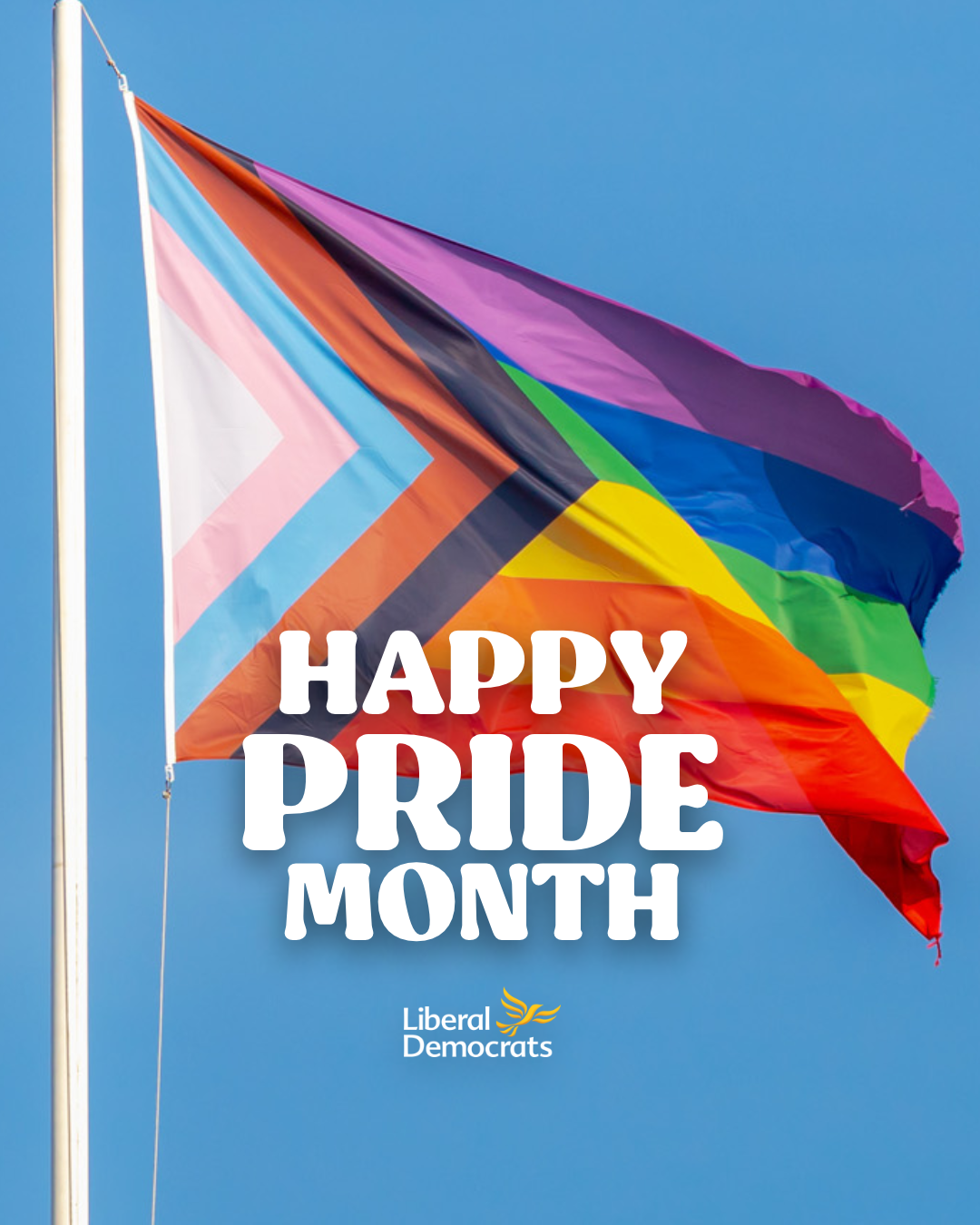