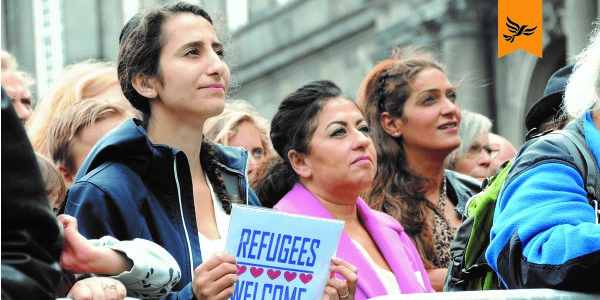 Safe and legal routes are the best way to combat people smuggling and human trafficking, and also to prevent dangerous attempts to cross the Channel.

The votes come on Wednesday in an amendment to the Immigration Bill just days after four people, including children, tragically lost their lives trying to cross the Channel.

More could be forced to take this treacherous passage, as the government is currently using refugees as a bargaining chip in post-Brexit negotiations with the EU. Already sparse legal routes for families to reunite will dry up.

We need MPs to back proposals that would maintain the rights for refugees in Europe to be reunited with their families. We need to provide safe routes of entry for people fleeing from unsafe conditions. And we need to ensure that unaccompanied child refugees can be resettled in the UK without risking their lives.

"Within just the last few days, yet more people have tragically lost their lives trying to cross the Channel. It is utterly heartbreaking, especially for the friends and families left behind.

"It’s hard to imagine how desperate people must be to climb into these boats in search of a better life. It just isn't right that vulnerable people are left no choice but to make these perilous attempts.”

"Our priority must be to save lives, and that means providing safe and legal routes to sanctuary in the UK for refugees.

"For our Tory MPs, that means doing the only decent thing and voting to maintain the rights for refugees in Europe to be reunited with their families and ensure that unaccompanied child refugees can be resettled in the UK."