The government has put another Brexit deal together. But no deal is as strong as the one we currently have - as members of the European Union.

The government is seeking to ram this deal through in just one Saturday, intentionally giving parliament little time to scrutinise the deal. Details continue to emerge showing just how bad this deal is for the UK.  The deal gives the UK only up until 2020 to negotiate a trade deal with the EU and if its not done by then the UK will leave the EU "on no-deal terms". Thats just 14 months to negotiate a trade deal with Europe!

Conservative MP John Barron has said that some Conservative MPs will be voting for Boris Johnson's deal on the assurances that "if those trade talks fail up to December 2020" the UK will leave the EU "on no-deal terms".

"Conservative Brexiter John Baron’s comments make it clear that Johnson’s Brexit deal would not only be bad for our economy, our NHS and our environment, but it would also open us up to a potential no-deal Brexit next year. It is a Trojan horse.

"We know that a no-deal Brexit would be absolutely catastrophic. No-one wanting to avoid this scenario should even consider voting for this back door no-deal Brexit.

"Liberal Democrats know that any form of Brexit would be bad for the UK. That is why we will continue to fight to stop Brexit and give the people the final say, including the option to stay in the EU." 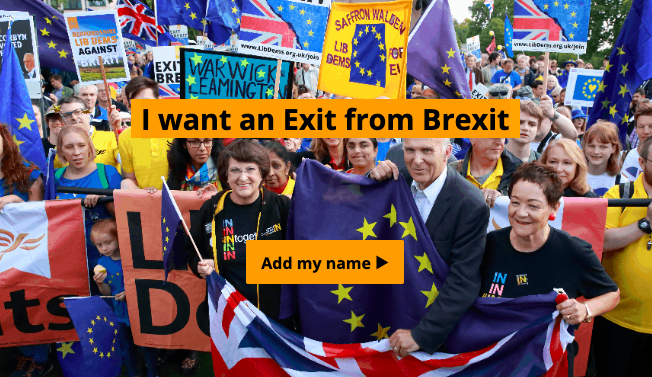