Bromley Liberal Democrats have named Gerda Loosemore-Reppen and Laura Thurimella as their candidates for Chelsfield Ward in the forthcoming elections to Bromley Council on 5 May 2022. Both candidates are campaigning hard against Areli and Bromley Council's plans to replace Orpington’s Walnuts Centre with housing development out of 15 high rise blocks, which are out of keeping with the town's character and which do not guarantee the return of like-for-like leisure, retail or elder care services. They both feel strongly that residents' views have not been properly consulted, nor are they being listened to by Conservative Councillors. Orpington should not bear the brunt of the entire borough's annual housing targets in one small area and is being taken for granted by Conservative-led Council.

Gerda Loosemore-Reppen has lived in the ward since 1985, bringing up her family here, and currently chairs the Patient Participation Group at Chelsfield Surgery. Laura Thurimella (née Davies) was born and brought up in Orpington, attending Warren Road primary school, and has returned to bring up her own family in Chelsfield ward, whilst working as Director of Blackwater Tech Ltd.

Read more about our campaign here.

Other priorities for Gerda and Laura include: 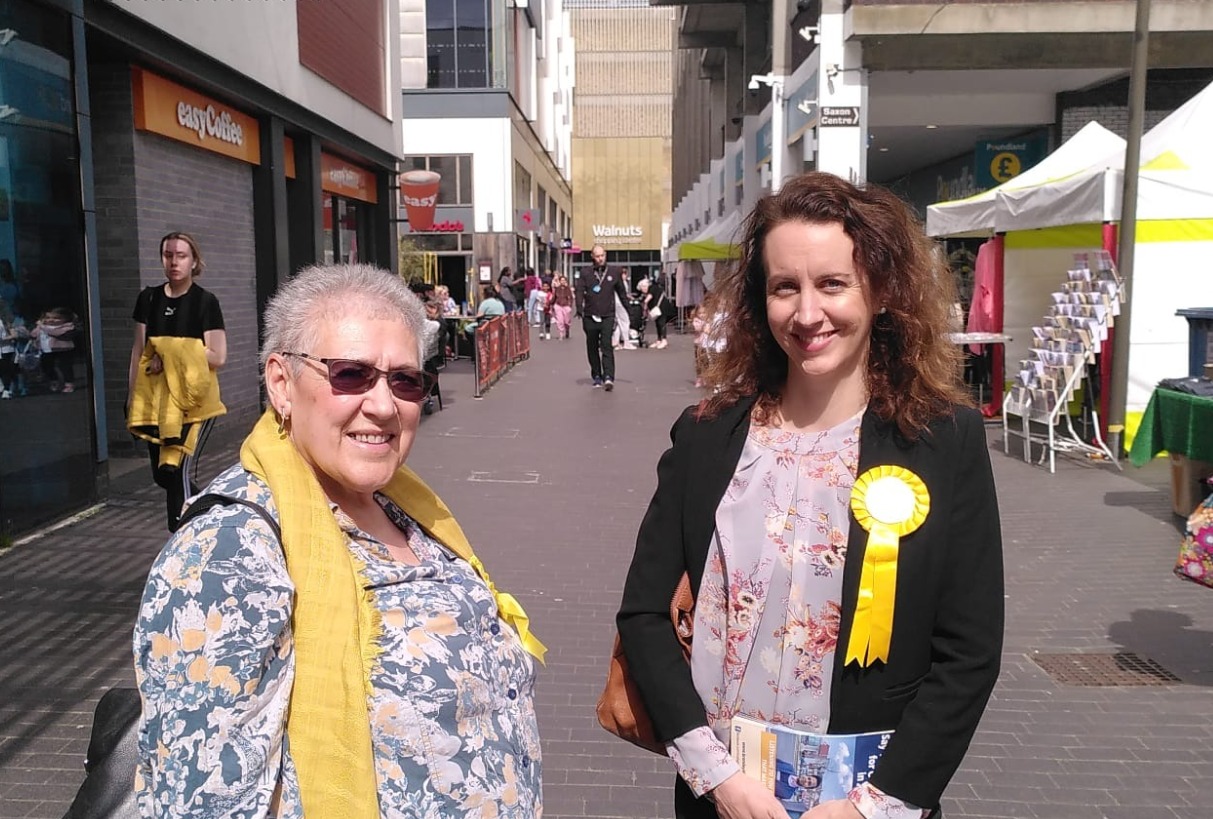