There was a sense of frustration and missed opportunity at a meeting to discuss healthier streets in Bromley on Monday.  Hosted by Bromley Cyclists the meeting heard from representatives of TfL, Bromley Council and London Cyclists to discuss funding available from TfL for “Liveable Neighbourhood” schemes and other schemes to improve environments and promote safe and healthy modes of travel.   While there is funding available from TfL – as well as vision and inspiration from other parts of London that have seen huge benefits from imaginative schemes to help local areas – there’s still that overriding sense in Bromley that we’re different, we need our cars, what works in other parts of London won’t work in Bromley, and there’s little support for such schemes from within the Council.

The meeting heard speeches from Angus Culverwell, Head of Traffic and  Road Safety at Bromley Council, Hasan Mohamad from TfL who leads on the Liveable Neighbourhood Programme, and Terry Patterson Chair of the London Cycling Campaign. 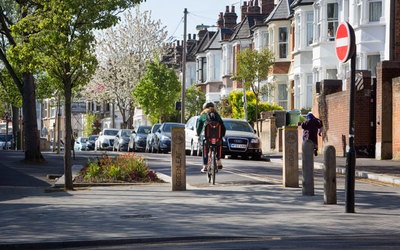 On the Liveable Neighbourhood Fund (TfL have £115 million to distribute to boroughs over 5 years) Angus Culverwell confirmed that there had been no bid from Bromley for the Liveable Neighbourhood Fund in year 1, and that the deadline for applications for year 2 was November 2018.   The only proposal being considered by the Council was for Shortlands - Ward councillors had only started supporting this bid in March so plans were not far advanced and consultation had only just started.   However he was optimistic that there would be time for full consultation and for a bid to be submitted in time.

Lib Dems have long been campaigning for Bromley to get involved in the Liveable Neighbourhood scheme, as well as considering other funding from TfL for neighbourhood transformations.   There is funding available for the council to make a real difference to the quality of people’s lives.  We've already missed one year of funding.  We support the concept of applying for funding for Shortlands although are concerned about the significant amount of work still to be done to meet the deadline and want to be reassured that all categories of road users are considered equally.  But we have also supported a Liveable Neighbourhood scheme for Clock House and Penge, an area that would benefit massively from such a scheme, but sadly no interest was expressed by Ward councillors (a prerequisite for inclusion) so that area has not been considered. 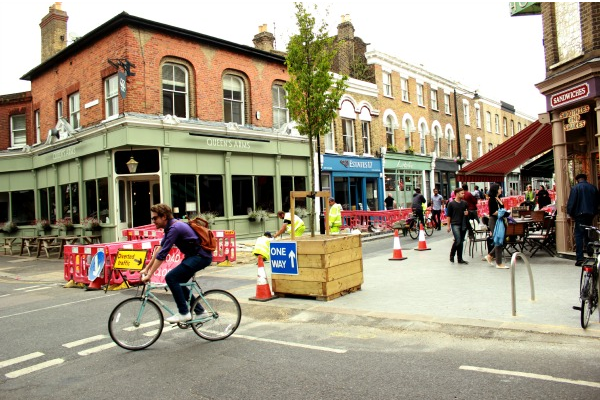 On road safety there was a clear message that we should not expect much change in the borough – there was limited funding, Bromley was different from other London boroughs because of the reliance on car travel and things that worked in other boroughs would not work here.   We do appreciate that the road safety team have a difficult job to do, but there was a sense that everything must continue as it always has, everything that could be tried had been tried.   There was minimal recognition about the huge changes in the borough in the last 10 years, and no acceptance that large parts of the borough are actually just like other parts of London and would benefit massively from similar solutions. The recent developments in Waltham Forest are an excellent example.

Mr Culverwell confirmed the Council based its decision on road safety measures on the number of people killed or seriously injured – we should not expect anything to happen just because there has been one accident, there needs to be 3.   While this policy is presented as being pragmatic and based on budgetary restrictions there was opposition to this view within the audience – described by one as “glib”.  The Lib Dems would like to see much more emphasis on listening and supporting local communities when they perceive danger to road users around their neighbourhood, anticipating and preventing accidents rather than waiting for them to happen.

Overall there was a general dissatisfaction with the lack of any vision for cycling in the borough.   With improvements across London, Bromley seems to have stepped backwards.  Several mentioned the lost opportunity with the major redevelopment in Beckenham High Street – an opportunity to make provision for cyclists that has actually resulted in a less-cycle friendly road system.    There was also concern about the ongoing dangers of the A21, despite years of campaigning there has been little improvement, plus the lack of support for cyclists who cycle to a train station and finish their journey by rail.    The car does indeed still seem to be king in Bromley.