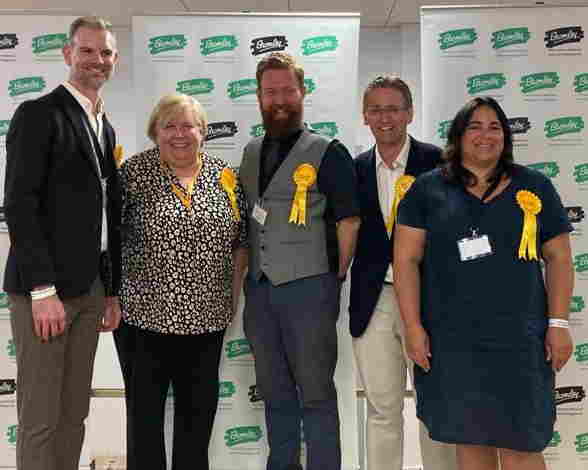 Bromley is an infamous Tory stronghold. But in addition to losing 5 seats to the Lib Dems, the Conservatives also lost 3 seats in Chislehurst to the independent group Chislehurst Matters, and 4 seats to Labour in Plaistow and St Paul's Cray. While they still control the council, the Conservatives' majority has been slashed. If they had lost another 7 seats they would have lost their majority.