The Rail Accident Investigation Branch  has released their Report into the fatal accident at Eden Park Station in February 2020 when a blind man fell over the edge of the platform and was killed by a train.

The report highlights the absence of tactile paving as a cause of the accident, a basic safety measure that alerts visually impaired travellers when they are approaching the edge of the platform.  "Eden Park is far from unique: around half of all mainline stations in the UK are also not equipped with this valuable aid to the visually impaired."

Lib Dem London Assembly Member Caroline Pidgeon has been campaigning to get Network Rail to recognise that waiting to install tactile paving until a station is being refurbished is not acceptable.  "Tactile paving on train platforms is not an optional extra, but instead a vital safety measure.

“Network Rail needs to reach 100 per cent provision of tactile paving far sooner than 2029.   We cannot afford to wait seven years for such a basic safety feature to exist at every train station.  A clear timetable for safety improvements must be brought forward, starting with immediate action at island platforms, stations which only have partial tactile paving on their platforms and unstaffed stations.”

“Today’s report is absolutely right in highlighting that it does not make sense to  continue waiting until platforms are refurbished to finally install tactile paving.   Safety improvements should not be held up any longer.”

Local Lib Dem GLA Candidate for Bexley & Bromley, Allan Tweddle, is blind and walks with a guide dog.  Allan said "As a blind person I regularly rely on tactile paving on station platforms. It is a simple safety feature that really works. The fact that half of all mainline stations still don’t have it in 2021 shows that despite paying lip service to supporting disabled travel this Government is failing visually impaired people in Bromley, London and across the country."

The report can be seen in full here. 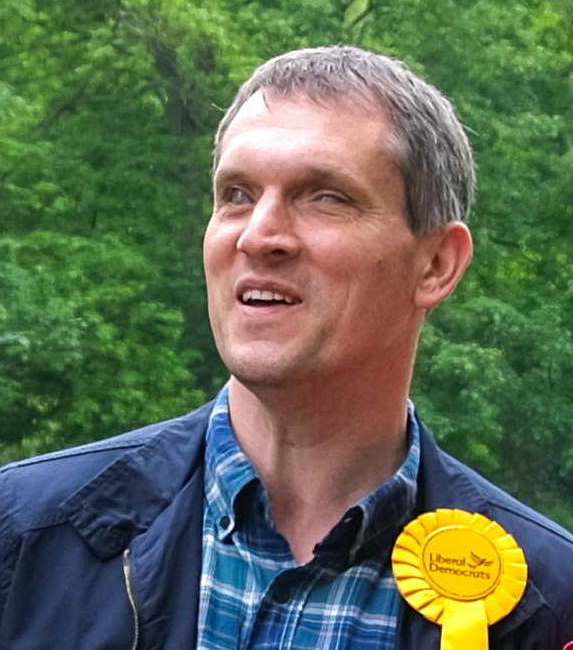