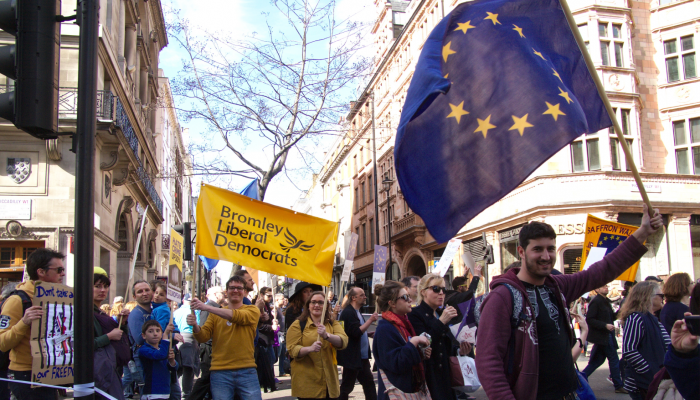 Liberal Democrats, passionately believe that as part of the European Union Britain’s relationship with its neighbours is better and stronger. Whatever its imperfections, the EU remains the best framework for co-operating and  working effectively to pursue our shared aims.

Our 40+ year membership of the EU has led directly to greater prosperity, increased trade, investment and jobs, better security, and a greener environment. In addition, many EU nationals call our part of London their home, including Earl’s Court.

Our Policy - Britain is better off in the European Union.

Liberal Democrats campaigned for the UK to remain in the EU. but the result of the 2016 referendum gave the Government a mandate to start negotiations to leave. The decision Britain took by a small majority was simply whether to remain in or to leave the EU. There was no option on the ballot paper to choose the shape of our future relationship with the EU on vital issues, including trade, travel or security.

Much remains uncertain about the current Prime Minister’s approach, but it is now clear that the Conservatives are campaigning for a Hard Brexit. This means leaving the Single Market, ending freedom of movement, and abandoning the Customs Union, even though these choices will make the UK poorer and disappoint many leave voters who wanted a different outcome.

Jeremy Corbyn and Labour has categorically said that any deal going forward cannot include continued Freedom of Movement which is a core requirement of being part of the Single Market. He has repeatedly said Labour intends to follow through with Brexit, and has sacked members of his shadow cabinet who have questioned this policy. Labour have given up and have voted with the Conservatives several times on key Brexit issues.