We'll be in Bromley High Street (outside W H Smiths) from 11:00 to 3 p.m. on Sunday 13 January.   Come and help - sign a letter to your MP reminding them of what you want them to say on your behalf; put a sticker on the Brexitometer to tell your politicians what your views are; help hand out leaflets and talk to other people about Brexit if you're keen to do even more.  If you can't come please sign our letter to your MP here.

We'll also be in Beckenham and Orpington during the weekend - 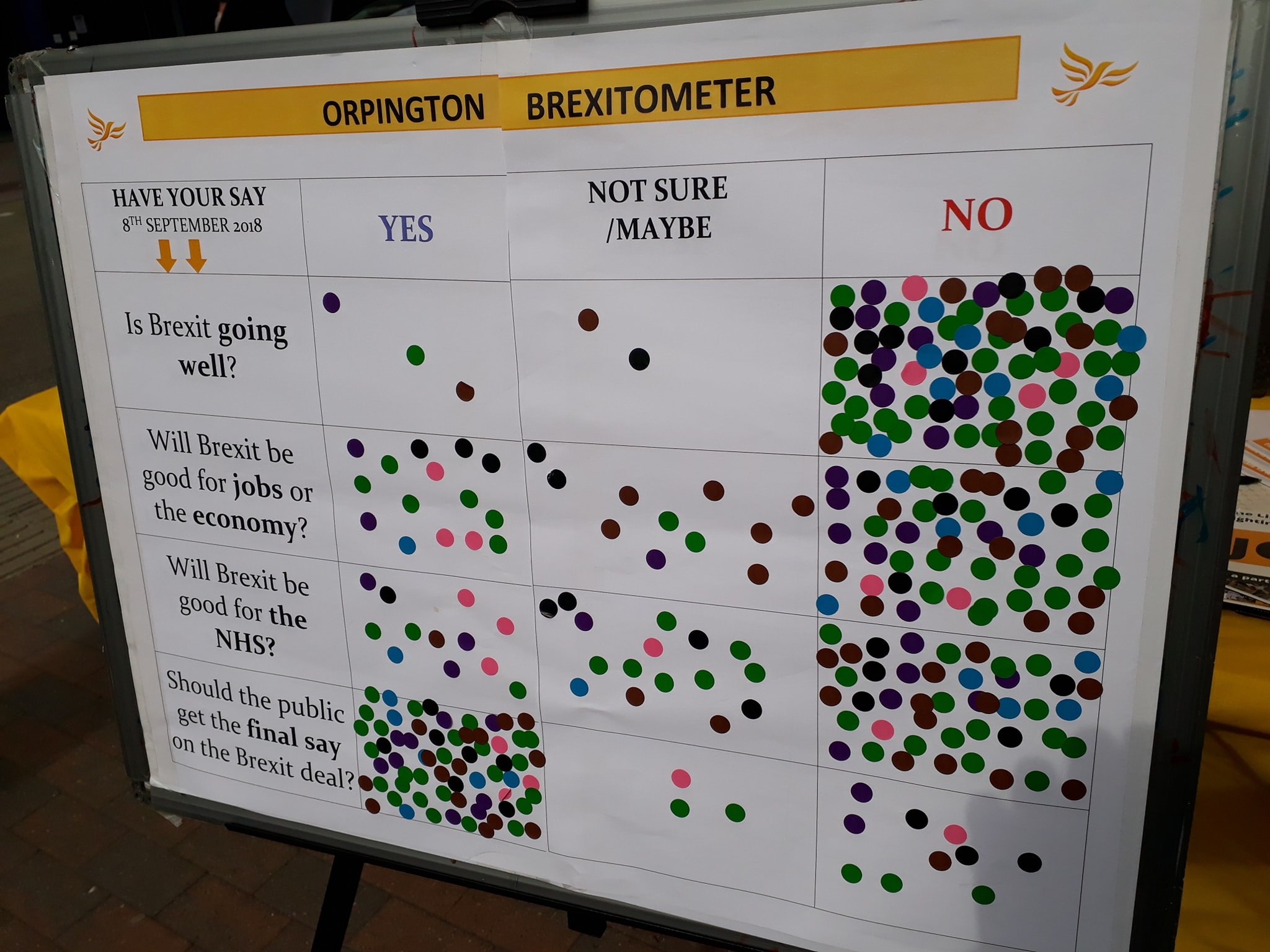