For too long the Conservative Council has prioritised the rights of the driver with regular public quotes such as “Bromley residents love their cars” and “drivers have rights too”. That may be true but as ever with this Council is short termist and out of touch with many residents. We have spoken to many people who would like to cycle themselves or for their children to cycle to school but are too afraid to do so in Bromley. And Bromley Council doesn’t even bother to apply for all funding available from TFL for such improvements. 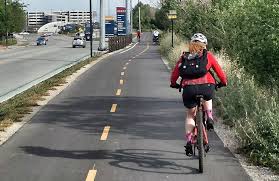 Lib Dem candidate, Rhian Kanat, herself a once keen cyclist who has been deterred from cycling since moving to Bromley said: “Increased cycling and walking will not happen without positive encouragement from the Council, and the benefits are huge – reduced congestion and pollution and a fitter healthier Borough. We need a more holistic well planned Borough cycling strategy, not the piecemeal half hearted approach of the current Council. We need an ambitious vision for Bromley to ensure it really is the “green” Borough.”

Getting people out of their cars and walking and onto bicycles will be for everyone’s benefit but it won’t happen without a more holistic approach to planning that always includes cycling improvements. Lib Dems would:

If you support our campaign please sign our petition here