Too many people in Bromley borough feel unsafe in their own homes and walking down their own streets.  Businesses are fearful of break-ins.

The UK is in the grip of an epidemic of serious violence.  Robberies and thefts are also rising.  Too many crimes go unsolved.  Our police are overstretched, and many communities see no visible policing. Prisons are failing to rehabilitate people, leading to more crimes and more victims.

For 25 years, Conservative and Labour Governments have been competing to seem tough on crime, without doing enough to actually prevent crime.

They have unnecessarily criminalised young people and put more and more people in prison who shouldn’t be there. They have failed to properly provide the services that help people build lives free from crime.

The Conservatives’ unnecessary cuts to police numbers and youth services have contributed to the rise in violent crime.  Promises made by the serially untrustworthy Johnson only go some way to undo the damage caused by previous Conservative governments.

We will invest £1 billion to restore community policing, enough for two new police officers for every ward.

Siobhan Benita, the Lib Dem Candidate for London Mayor has further pledged to reopen police stations that have been closed across Bromley and other London boroughs.

Instead of wasting money locking people up on short sentences that don’t work, we will spend it on the things that actually prevent crime. And we will stop Brexit and maintain the European crime-fighting tools that keep us all safe.

With a Liberal Democrat government, our communities will be safer and people will feel safer.

Our police will have the officers, resources and time to focus on preventing and solving crimes.  Victims will get the support they need. Young people will have good youth services, providing a positive alternative to gangs and violence. And prisons will be places of recovery and rehabilitation, breaking the cycle of reoffending.

Vote Liberal Democrat for a Brighter Future and a safer Bromley. 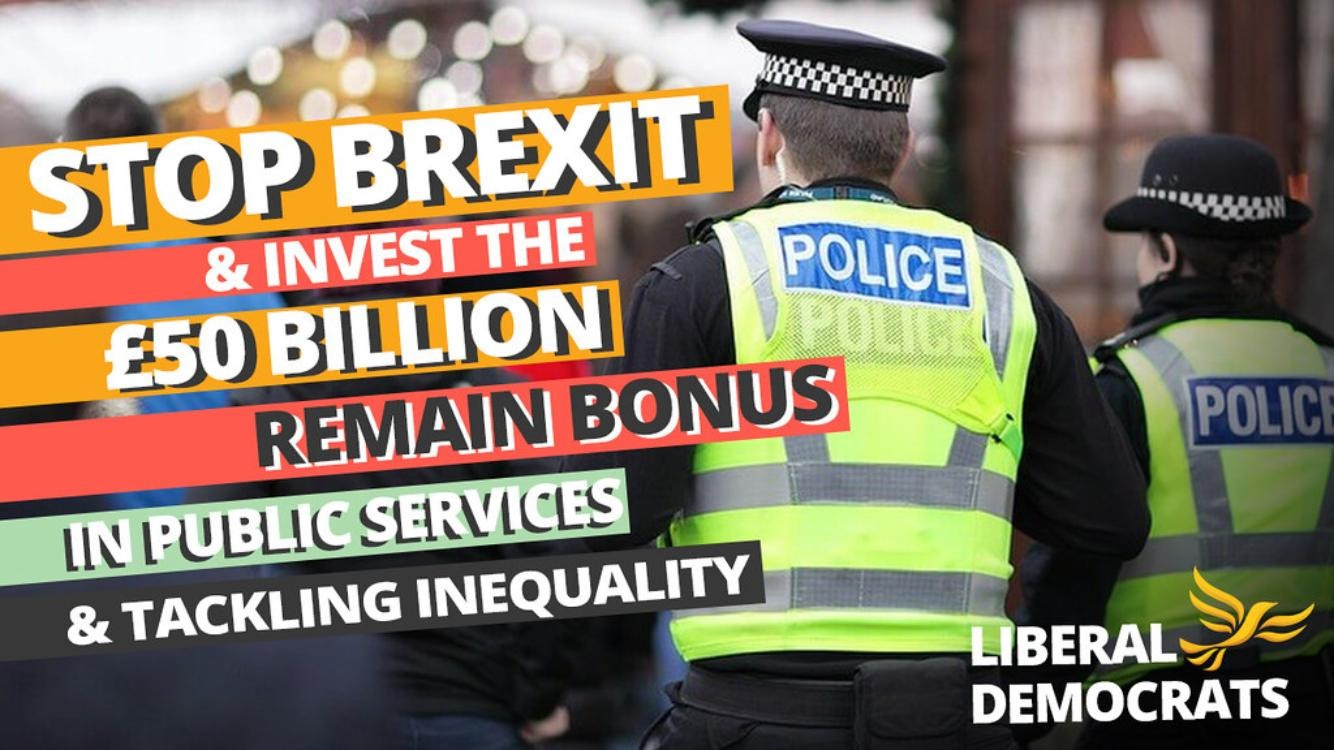