Proposals by TfL to cease serving Bus Stops on Bucks Cross Road, Maypole Road/Jubilee Road and Hewetts Road/Maypole Road in Chelsfield Village have met with many objections from local residents, including former Chelsfield Councillor Mike Hall, who lives on the Bus Route as well as a 377 person petition organised by Chelsfield Village Voice.

The proposals which were originally due to be implemented on 6th November have not been implemented yet whilst a report on the consultation is produced.

Mike's colleague, Martin Curry, says "Removing all bus services from this part of the route would leave residents and visitors, without a link to public transport, including Orpington Railway Station and Bus Station, as well as the many facilities offered by Orpington Town, including High Street Banks, major supermarkets and other shops and restaurants , the NHS Wellbeing Centre, the Library, Cinema and Leisure centre. Asking residents to walk up to a kilometre along country lanes, with no footpath nor street lighting, in order to use public transport is not acceptable."

The publicity material that accompanied the original consultation stated that if the removal of the service was not acceptable, a reduced frequency would have to be introduced.

"A reduced frequency would be very much better than complete removal of service, but other options have been suggested and should be considered." says Mike. 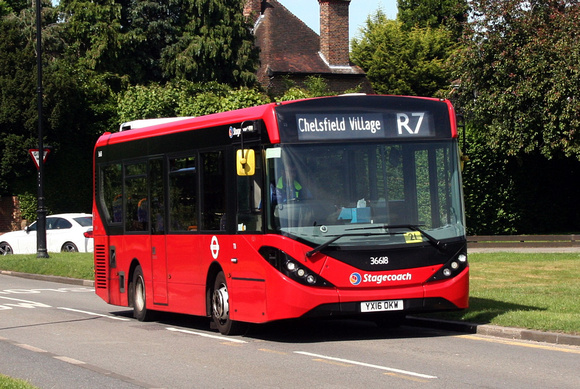