Chaos on Southeastern Trains during Snow in March

Sam Webber, one of our Council Candidates in Bromley Town, had the misfortune to experience first hand the chaos on trains stranded outside Lewisham station for nearly 5 hours on the evening of Thursday 2 March, when snow brought the rail system to an actual standstill. 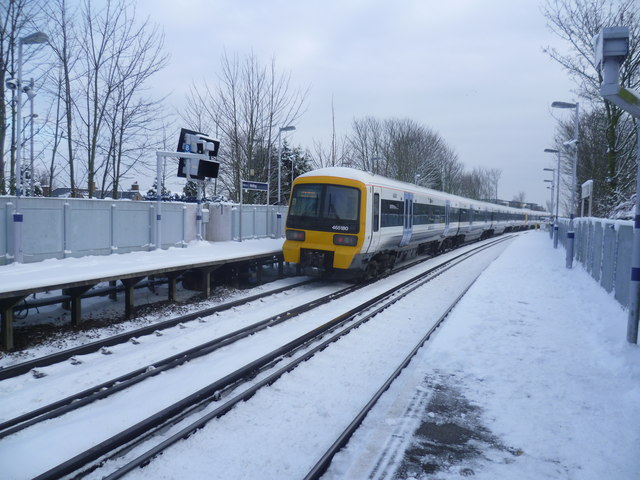 Sam writes: I boarded the train home at 5.32pm and finally got off the train at 10.20pm! The negative press coverage following this incident on Friday 2nd March between Lewisham and St Johns stations has been well rehearsed in the local media and the Rail Accident Investigation Branch has now announced that they will be conducting a full investigation into the incident (see here) and the role of each of the relevant agencies concerned including Southeastern, the British Transport Police and Network Rail.  The train operating company, Southeastern, has also offered to compensate all customers delayed by this incident, to the tune of double the usual delay repay rate or £100; whichever figure is greater.

However, it was a horrendous incident caused by the recent snow and ice that prevented a train from drawing power from the live rail. We were stuck behind it, as were several other services in a packed train with no working toilets. The chaos that followed I am sure could have been avoided or certainly reduced if passengers were treated with more respect and dignity. They are after all paying customers and season ticket holders will be shelling out upwards of £1,800 a year for this service. The briefing over the announcement system on the train I was on was so unhelpful I would go as far as to say it was part of the problem. There is surely a limit to the number of times passengers on a cold Friday night, having not moved in several hours, passengers can be told “the update is I have no update for you”.

Several people on trains caught up in this incident decided to force open the doors and onto the tracks to escape. This was deeply regrettable and definitely delayed the trains moving off, although perhaps an understandable consequence to the extreme stress we were all under in such horrific conditions for so long.

Whilst the extreme weather was not Southeastern’s fault, I do hope lessons will be learned from this, following the independnet investigations into this incident, so passengers aren’t treated like animals again and are kept properly informed of any updates. Questions also need to be answered as to whether older rolling stock that is ill suited to icy conditions contributed to the problem and why passengers were not evacuated from the trains sooner. With Southeastern's rail franchise contract up for renewal or replacement next year, and following the repeated delays and shortages of carriages on many peak services they really must try harder to make improvements and fast if they want to retain the franchise.

We in the Bromley Lib Dems recognise the value of our local train services especially for those residents who rely on these services every day. This is why we are calling for improvements to some of the stations in our area, which desperately need lifts to widen access and why we’re seeking to reduce overcrowding on station platforns and stairs at Bromley South, which is one of the busiest stations on the Southeastern network but for which the long promised station improvements have still not materialised. Sign up to our campiagn for a second exit at Bromley South station here.