Julie Ireland | 2022-07-26
Conservative-led Bromley Council has refused to support the Liberal Democrats’ request for the Council to declare a Cost of Living Emergency and take a leading role in coordinating support for those who need it.
The Lib Dems explained to Councillors that declaring a Cost of Living Emergency would give a clear sign to residents suffering from the crisis that the Council is united in its determination to support them. It would bring together all agencies involved at a summit to focus the minds of those best placed to help the people of Bromley. These measures would have been negligible in cost, but invaluable in maximising the efforts of many third sector groups (food banks, Citizens Advice, Council housing, debt advice etc) to support those in crisis. What reason could there be to object to this proposal? 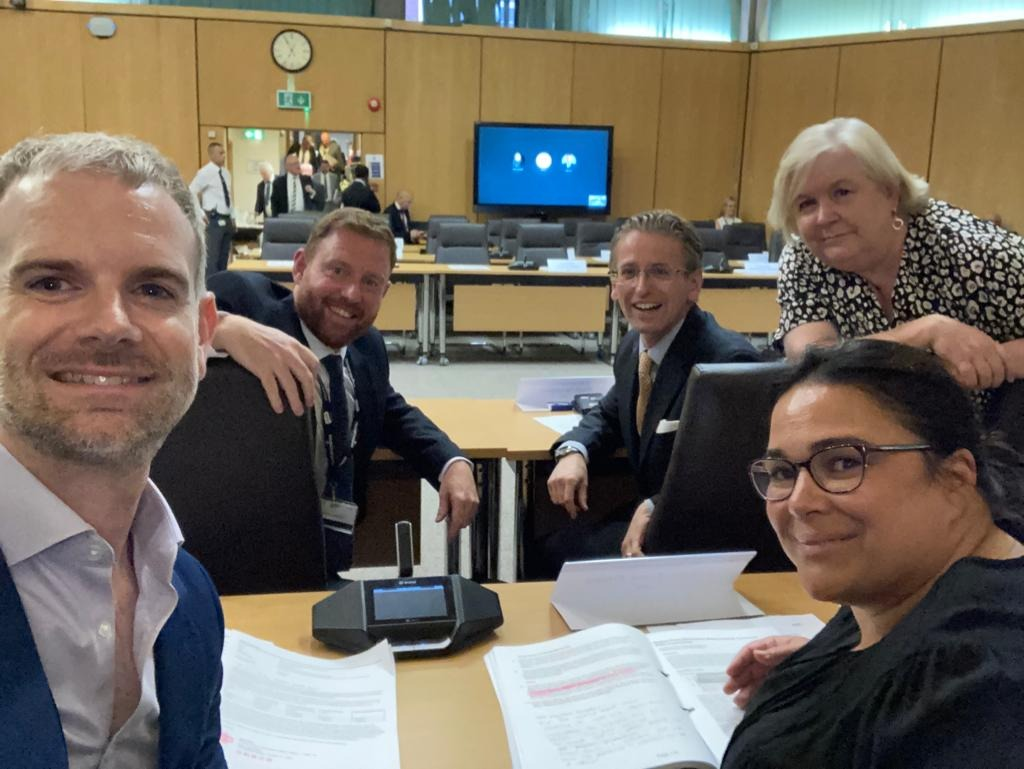 Lib Dem Cllr Julie Ireland told the meeting how this crisis was affecting people who have never previously had to ask for help, people in employment with secure incomes who never dreamt they would find themselves in this position.“These people don’t know where to go to get help. We want to make sure that the pathway to help is easy for everyone to find.”
“We’re proud to speak on behalf of some of the vulnerable members of our community,” said Cllr Graeme Casey, who had earlier told the meeting of the poverty he faced as a child and how he was determined that we should not see a return to those days. “They will never lose our support.”
The first response from the Conservatives was to sympathise but they asserted they didn’t need to do any more as they had kept Council Tax low. This completely missed the point and revealed just how out of touch the Conservatives are with the struggles of some Bromley residents. The Leader of the Council went on to describe the work that the Council already does to support those in financial hardship, but admitted that more could be done to promote what support is available for residents. This is exactly what the Lib Dems were asking for so why did the Conservatives not give their support?
We are grateful that all Labour and Chislehurst Matters Councillors supported the Liberal Democrat motion. Labour suggested that the Council should stop use of bailiffs and court action against residents who had no means to pay - a great initiative.
When it was clear that the Conservatives Councillors were not going to support the motion, Cllr Chloe-Jane Ross said how disappointed she was, given all the great work the Council had done during COVID to bring groups together; action that could easily be replicated for the Cost Of Living Emergency. She urged all Councillors to do what they could to implement some of the solutions the Lib Dems and Labour had suggested over the coming weeks to help residents in need.
Cllr Sam Webber highlighted the work of some of the many voluntary groups in Bromley playing a vital role in this crisis. This included Bromley Brighter Beginnings and the foodbank run by St Edward’s Church in Mottingham, two examples of the many charities on the frontline. Both have reported seeing a significant rise in residents needing their help. Bromley Brighter Beginnings, set up in 2012, reported having its busiest month ever in May 2022.
Cllr Webber added: “It was really important to discuss this issue on the floor of the Council chamber and to debate it on behalf of the many residents who are struggling so much right now to pay for basic necessities. We will always speak up for them and work with Bromley’s many charities and voluntary groups. Bromley Liberal Democrats will continue to press for Bromley Conservatives to take more action to address the Cost of Living emergency.”
Cllr Will Connolly expressed the concern of many. “The Cost of Living crisis isn’t only about household spending, it’s about people's lives and livelihoods; we are concerned by mid- to long-term effects of the crisis on people's health and wellbeing”.
Sadly the message from this meeting seems to be that full Council Meetings are not a place for solutions. it would not matter what suggestions, policies, motions, amendments any of the opposition parties suggest, even in the spirit of cooperation and searching for practical solutions, the Conservatives will not agree to any of them.
The Lib Dems are not deterred. We will carry on working at Committee level and with all Councillors and Officers to get additional practical support implemented for residents across Bromley who are facing the worst cost of living increase for 30 years.