Bromley South station platforms are dangerously overcrowded in the morning and evenings.   Network Rail recognise that the station is one of the busiest on the Southeastern network.  There are lengthy queues to get on to the platforms and to leave on return.   The platforms are very narrow because of the buildings in the centre making the standing room on the platforms at the sides of these buildings precarious. 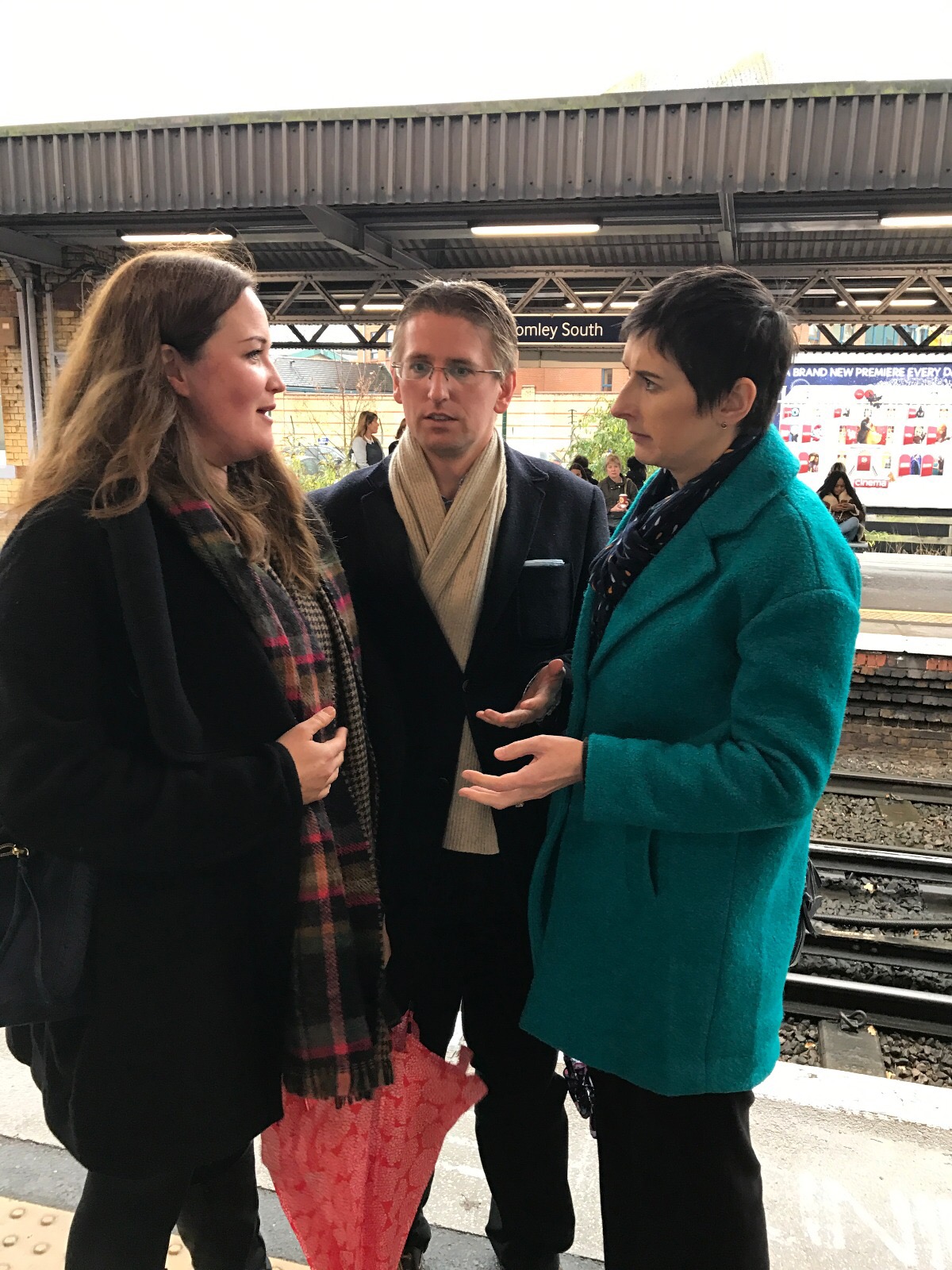 omley Liberal Democrats are campaigning for Network Rail to prioritise plans for easing the congestion at Bromley South.  One option being considered is an additional entrance/exit on to Kentish Way.  Other options include demolishing the buildings on the platforms, and building a transfer deck that links to the existing ticket hall.   Caroline Pidgeon, Deputy Chair of the London Assembly's Transport Committee and Liberal Democrat member of the London Assembly, came to see the problem for herself during a visit in November.   She met the 3 Liberal Democrat candidates for Bromley Town, Julie Ireland, Rhian Kanat and Sam Webber, and saw the difficulties for herself.  She has contacted Network Rail who have acknowledged that Bromley South is one of the busiest stations on the Southeastern network and Caroline Pidgeon, Network Rail and the local LibDem candidates are arranging a meeting in 2018 to discuss the options and timings for this vital work.