Members, supporters and friends of Bromley Liberal Democrats got together to join more than 1 million people marching for a People’s Vote through central London on Saturday.

“We were joined by people who had never marched before and members who remembered the march against the Iraq war, by new members who had just joined and by long serving member,” said Rich Wilsher, Chair of Bromley Lib Dems. 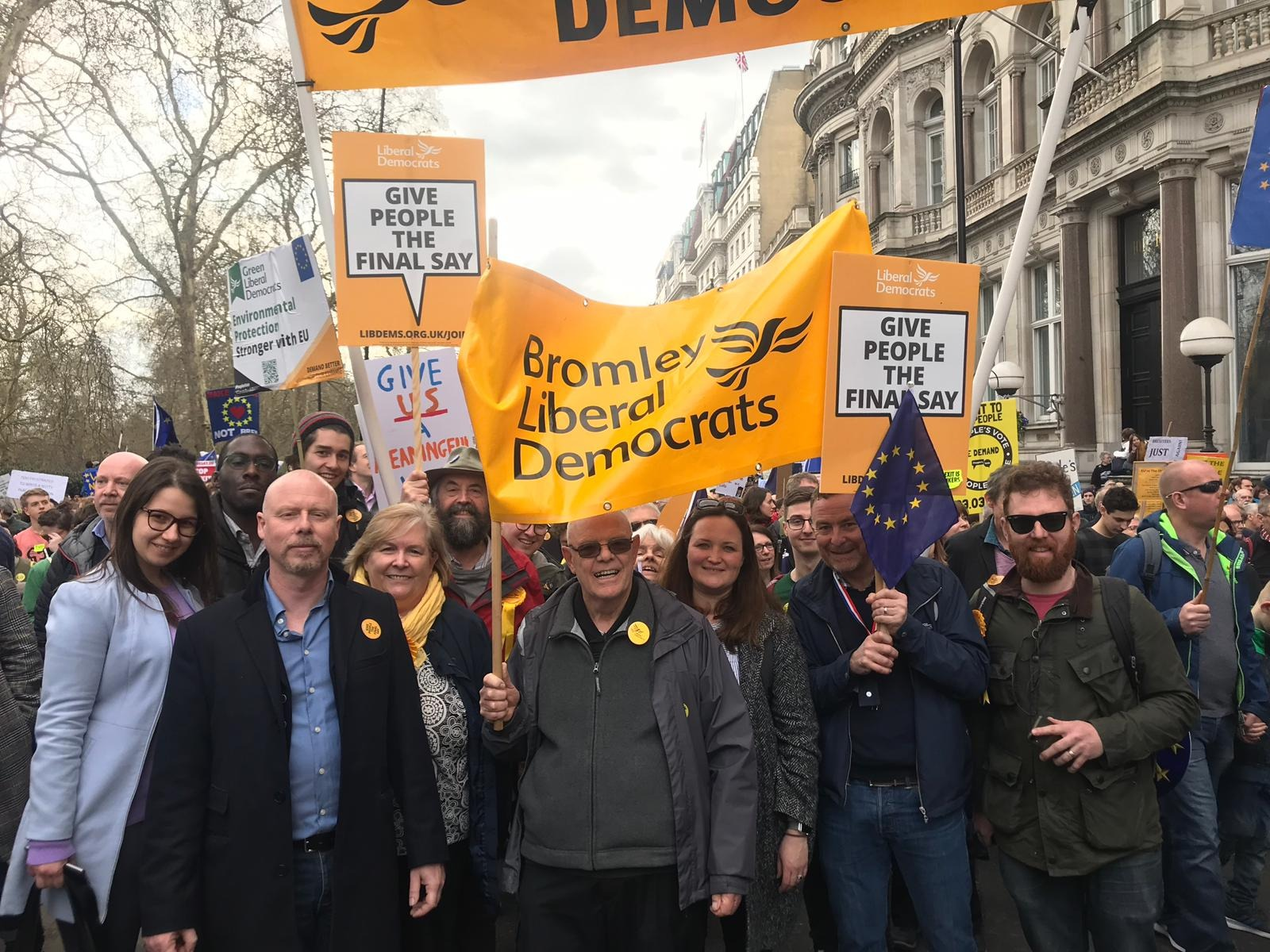 Everyone had their own reason for marching.

Dave only joined us a year ago and lives in Beckenham.  “Theresa May’s deal is far from what was promised by the Leave campaign and “no-deal” would be a calamity. The people voted for neither. I’m marching today for a People’s Vote, the only way to break the deadlock.”

Julie was on the last anti-Brexit march.  “On the day after the referendum the Lib Dems said the public should have a vote on the final deal when one had been formalised – we were a lone voice in those days, but now we are close to that vote becoming a reality.”

While the people were marching a petition on the Government website demanding the repeal of Article 50 was gaining momentum – by the evening of Sunday 24 March it had exceeded 5 million; over 9,636 people in the Bromley & Chislehurst constituency have signed, 10.42% of electorate. Bob Neill MP’s majority in 2017 was 9,590.