What should have been a routine bi-monthly meeting of Bromley Council turned into an imitation of a tragicomedy on Monday evening (14th Oct).  Traditional rejection of campaigns for pedestrian safety, witty banter by the leader of the Council about Brexit, and a truly shocking insight into views about LGBT+ rights from Conservative Councillor Michael Tickner.

The public gallery was full of people attending to hear a petition presented by Chris Wells of Chislehurst Safer Streets asking the council to install a push button crossing phase at the Chislehurst war memorial traffic light controlled junction - a notoriously dangerous place for pedestrians young and old.  The campaigners had collected a significant 3000 signatures for their petition and had earned themselves the right to be heard.   Sadly that did not earn them the right to courtesy or action by their elected representatives.  The petition was presented by Chris Wells - a factual, cogent presentation of the case to give pedestrians a safer way to cross.   No one was expecting the Conservative council to do much more than refer it for further consideration, they are after all famous for believing that the car must take precedence over all other road users - and they did not disappoint.   Ironically - as the Mayor had opened the meeting reminding all councillors to be respectful of the members of the public who had come to speak - we had an astonishing attack on the Safer Streets group, first by Chislehurst councillor Kate Boughey who accused the group of spreading "misinformation ... to make residents more anxious" then by leader of the council Colin Smith who accused the residents of "excitable hyperbole".  Not much respect there then.

Rejecting a suggestion by the Labour councillors to put a six month time limit on this further consideration the Conservative councillors sat back to await an increase in accident numbers that might spur them into action.  Shall we diarise a reminder for this time next year to see how far they've got?

Chislehurst didn't fare very well during the rest of the meeting - a question about why the council refused to support local traders' requests for CCTV in response to a recent spate of burglaries in local shops brought a response that it just wasn't high up the list of crime figures to merit such attention (15 shop burglaries in the last 6 months - "Bromley Town have that many in an hour").

We were then entertained by Colin Smith's now traditional pro Brexit attempts at humour "there's no project fear here", and there's " absolutely no risk to any services in Bromley " as part of a no deal Brexit, and similar witty comments. 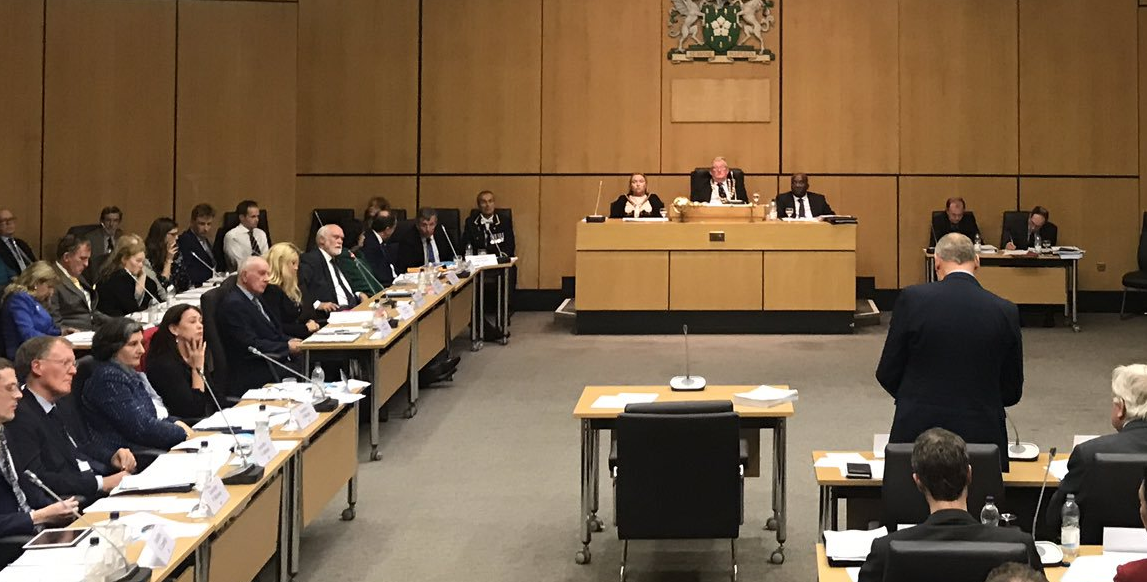 However the real tragedy of the meeting came during a later debate to a motion proposed by Labour Councillor Simon Jeal asking the Council to confirm its full support for schools delivering compulsory LGBT+ inclusive Relationships and Sex Education in line with new Government guidance.  Cllr Jeal bravely came out as bi-sexual during the debate, but that didn't stop Cllr Tickner stating that "we can accept LGBT people but shouldn’t positively encourage it".  It's alarming that these views exist amongst the council, even more alarming that Cllr Tickner feels it's acceptable to voice them, and particularly disappointing given that there were several young people in the public gallery who had come along specially to see the debate.   What a terrible lesson they learnt.