"Crossing with a buggy and a boisterous 4 year old can be a real challenge with cars speeding down the hill at well over 30mph catching people unaware" says Rhian. "It is a massive deterrent to Year 10 parents allowing their children to make their way to school independantly on foot as they are encouraged to do in prepartion for secondary school. I think many drivers are simply unaware of their acceleration down the hill and that a school gate is there." 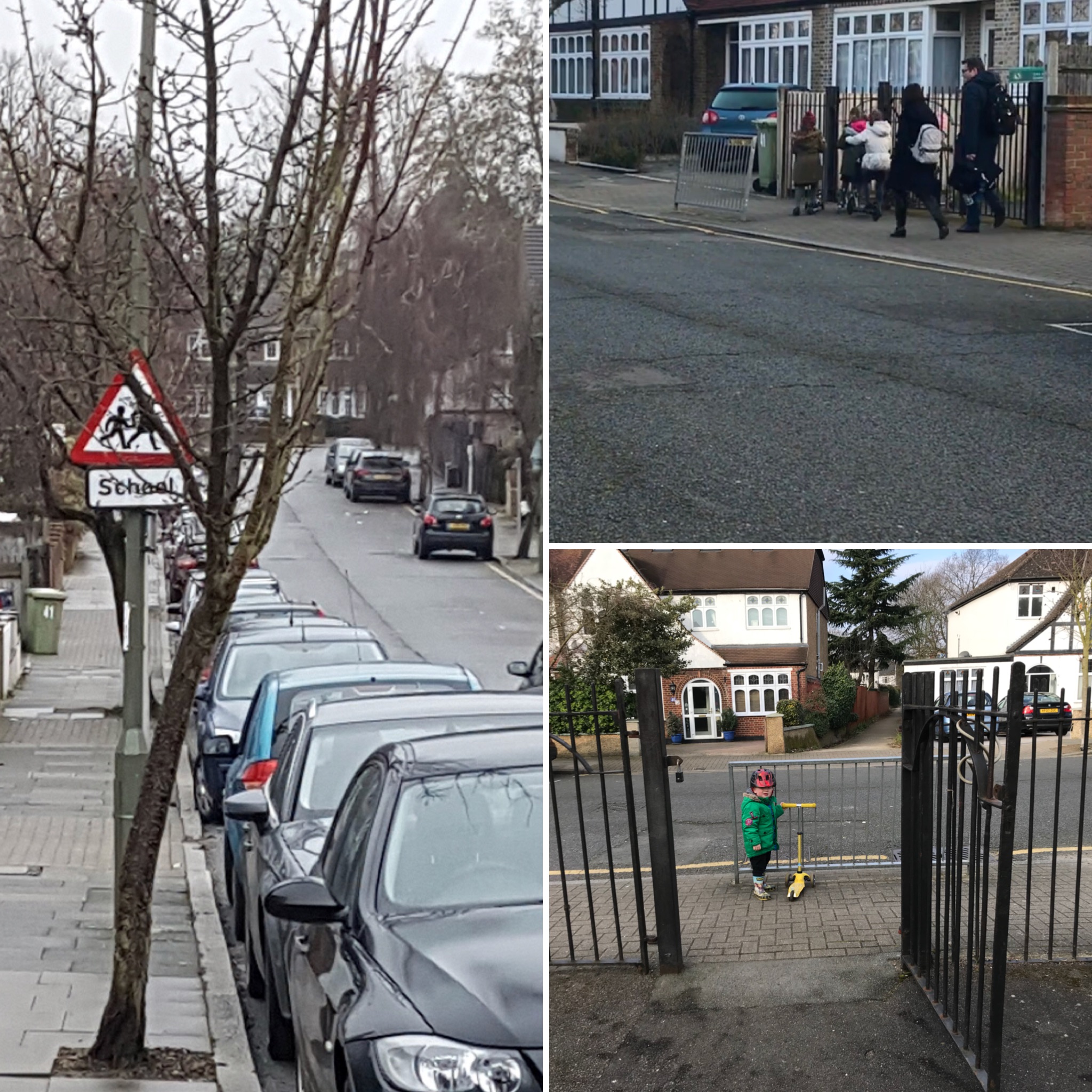 The Conservative run Council has over many years repeatedly refused requests for improvements to this road on the grounds that there have not been any accidents and that speeding should be referred to the police.  We completely disagree with this approach  and as part of our Borough wide “Safer to School” campaign, which campaigns for 20mph on roads around schools, we are calling for the following on Bishops Avenue:

We are of course also aware of the wider road and traffic suggestions being mooted in response to the arrival of La Fontaine next door to Bickley Primary and opposite St George's. Whilst we welcome that the Council has finally agreed to engage on this issue (after repeatedly, and in our view wholly inappropriately, insisting that it was for La Fontaine to solve any issues with its travel plan), we have some concerns about the proposals, not least that road safety improvements for Bishops Avenue seem an almost after thought. We will use the petition above to feed into that consulation and ensure that improvements to Bishops Avenue are not neglected.

We are also gathering feedback on the wider proposals for Nightingale Lane, Tylnley Road, Canon Road and Liddon Road to feed into any consultations - learn more and take the survey.