As political parties sometimes use different election figures in their literature and bar charts, we would like to provide information on our use of election figures ahead of the 5th May local election.

In our communications and literature, we’re using the figures from the last local election; the election where ward councillors are selected. This is what is happening again in May and this is directly comparable. To use any other election figures, we feel, would be a misleading comparison. Indeed some parties are quoting the 2021 London Mayoral election vote, which is not comparable.

In the election for ward councillors in Copers Cope, in 2018, the Lib Dems came 2nd, with only a 2% swing needed to elect a ward councillor. All three Lib Dem candidates for this ward secured substantially more votes than the Labour Party and the Green Party in that election. You can see the results on the Bromley Council website here.

We hope that this helps clear up the differences between the approaches you may see on the election literature you’re receiving from different political parties, and that you feel ours is fair.

Please do get in touch if you have further questions, or to let us know about issues we should be tackling in Beckenham Town & Copers Cope by email to [email protected] . 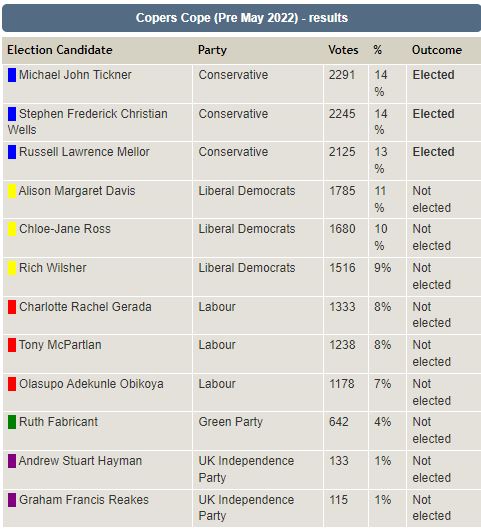