Southeastern confirms our Beckenham Junction to Blackfriars service is the only one they have completely cancelled during the pandemic. Plus the government is pressuring rail companies to make ‘duplication of services’ cuts.

Earlier in December Beckenham Lib Dem campaigner Chloe-Jane Ross had a second meeting with Southeastern to lobby for the reinstatement of the Beckenham to Blackfriars train service. She was joined by Lib Dem Caroline Pidgeon who is the Chair of the Transport Committee at City Hall.

Southeastern provided data about current passenger numbers and pressures on their staffing - off peak travel was at 60% of pre pandemic levels and peak travel at 50%. Chloe-Jane was quick to point out that off-peak passenger numbers were not relevant as the Blackfriars service from Beckenham Junction only ran during peak times.

She also told Southeastern that 50% of a pre-pandemic overcrowded peak hour train was pretty full especially when trying to social distance - and likely met the threshold to introduce more services at peak time - which could include the reinstatement of the Blackfriars service. Southeastern conceded that they would be considering a lower threshold than that of a full train in pre-pandemic times, where the average 650 seated train would carry over 750 at peak.

Southeastern explained that they did not want to reintroduce the service unless they knew they could definitely deliver it, and that at this time they did not think they could. Further they went to explain that the Department for Transport had told rail companies to cease any ‘duplication of services’ and that the Beckenham to Blackfriars service was considered a duplication as people can go to Victoria.  Chloe-Jane categorically told Southeastern that the people who used that service - some who had moved to the area and set up their lives here to utilise that service - did not consider it a duplicate service.

While this explained why the Blackfriars Service was cut, Chloe-Jane asked if they had cut any other London urban rail services and was shocked to find that they have not - the only service Southeastern was completely cancelled is Beckenham’s Blackfriars route. Chloe-Jane told them that whilst local people understood the need for COVID timetables, they were not going to stand for the service being terminated.

Southeastern are sympathetic to the loss of the service especially since it’s the only one they have cut, but at this time and with the emergence of the Omicron variant they said they could not reinstate it. They agreed to meet again in the new year.

It is important to keep the local pressure up.

Write to Southeastern at: 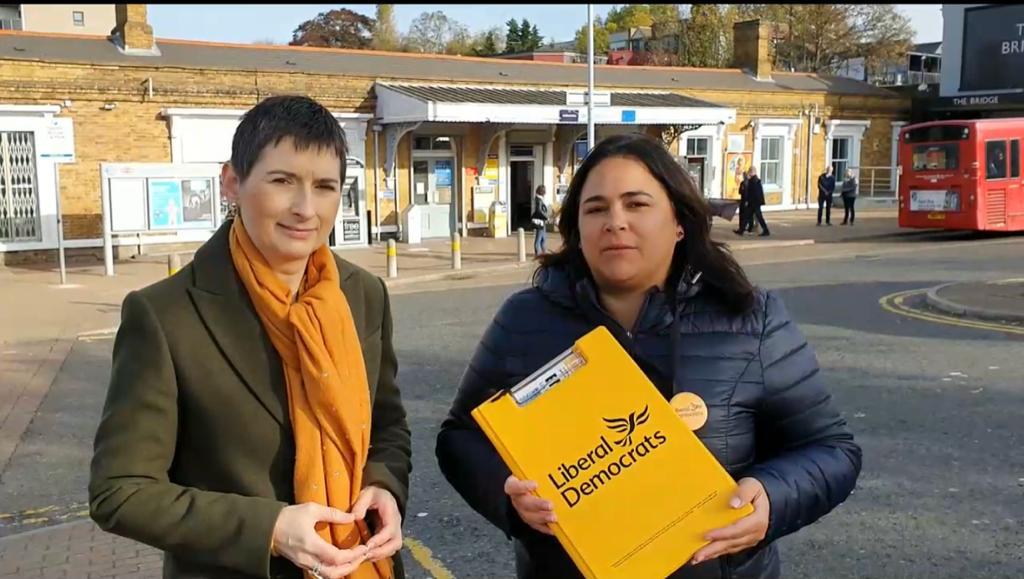