United Opposition to the Britain First Demonstration in Bromley

The main political parties in Bromley came together to show their opposition to pro-fascist rally on Saturday 4th November by the far-right political group “Britain First”.

In a unique display of unity, the Conservative, Labour, Liberal Democrat and Green parties issued a joint statement:

“We have put party politics aside to come together in united opposition to the appearance of a fascist group walking through our town.   We stood together in quiet solidarity in Bromley on Saturday to make it clear that this group does not represent the views of the people of Bromley.   We are an inclusive and all-embracing community in Bromley, we are enriched by our friends, family and work colleagues who come from all corners of the world, who represent all religions and all ethnic backgrounds.  They are part of our community and we will stand resolute against anyone who seeks to divide us.” 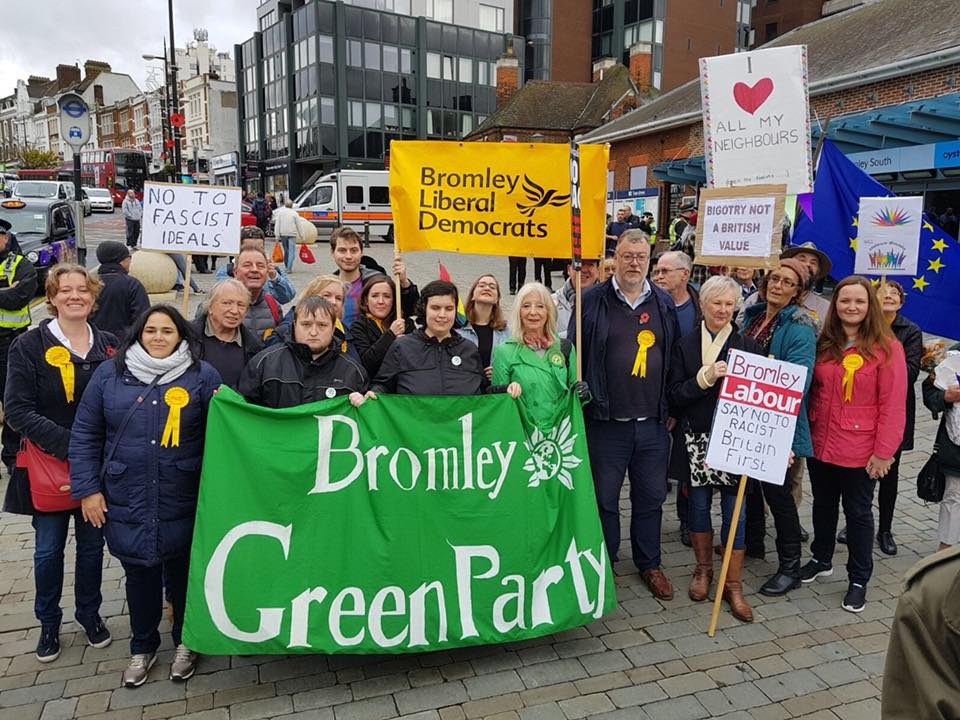 Britain First supporters marched through Bromley Town Centre on Saturday 4th November.   The far right political group called their protest a “Persecuted Patriots Rally” in support of two of their leaders who have been charged with religiously aggravated harassment and who have to report regularly to Bromley Police Station as part of their bail conditions.  Approximately 100 protestors marched through Bromley in support of the group and were met but many hundreds of protestors opposed to their presence.  This diverse group included all the major political parties, trades unions, church groups and community groups from across Bromley.