Some good news for the residents who mounted an impressive opposition to the council's plans to build a 10 storey school on this busiest of Bromley's junctions.  The Department for Education has announced that they have abandoned their plans to build a  school of any kind at 1 Westmoreland Road following failure of a planning appeal and opposition by community and residents' groups.

The original plan to build a 10 storey secondary school for 1200+ pupils had its planning application rejected in 2017 and has gone through an appeals process in the last two years.  There were concerns that the Council supported a school on this site when it appeared in their school place strategy document in 2018 so the announcement by the DfE is welcome news - if there ever was a bad place to build a school this was it!

The site will be sold and redeveloped and we'll be keeping a close eye on what the council proposes to build on this site.   But for the moment time to celebrate for the residents and community groups who worked so hard to make sure that the school wasn't built. 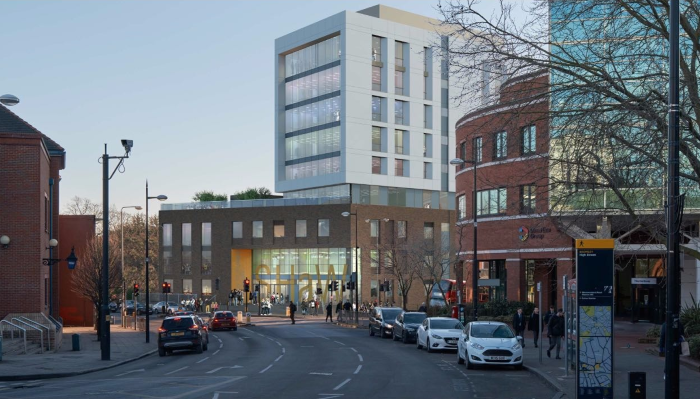